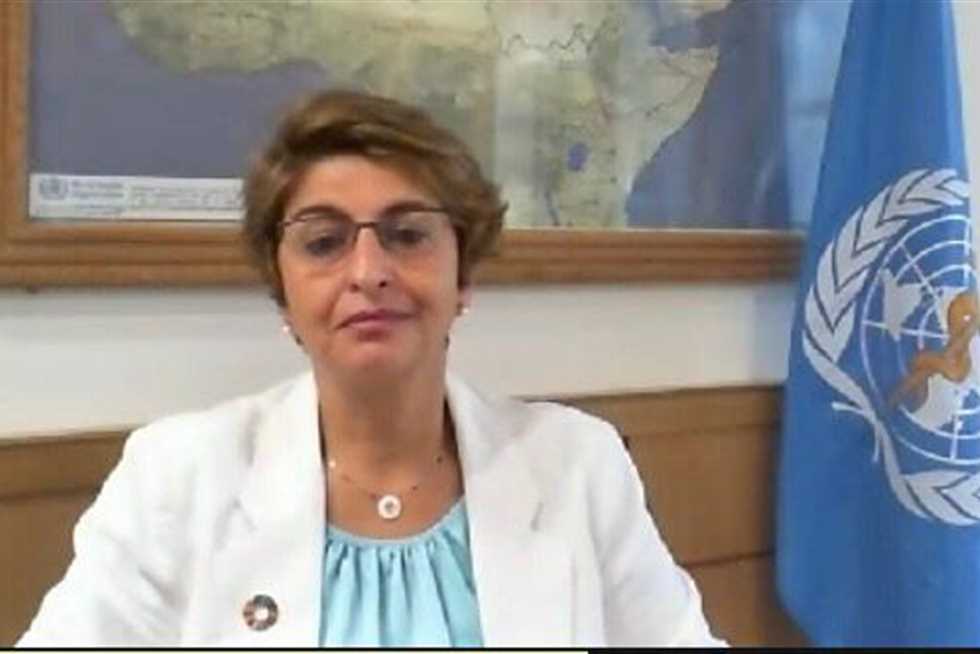 And she continued: In countries where cases of Covid-19 are increasing, we do not currently have data to support this increase due to new mutations, and we are monitoring the situation carefully, and we encourage all countries to perform genome sequencing, so that we can identify new mutations, and monitor changes in them. by the time.

She emphasized: We feel some relief with the gradual decrease in the number of cases and deaths compared to this time last year, but we are certainly not out of the crisis yet, especially when we consider vaccine coverage; Less than 10% of the population across the Region has received at least one dose of the vaccine, and vaccine coverage in half of the countries is less than 5%. We call again for vigilance in responding to the pandemic with robust public health measures along with social measures and other critical interventions.

As we see many countries in other regions, including the European Region, begin to ease exit bans and ease social restrictions, we should remember that the epidemiological profile and vaccine coverage in our region are different, and it is still too early to ease health and social measures.

We continue to monitor the situation carefully, especially with the advent of summer, when it is expected that holiday gatherings and trips will increase, and may contribute to new increases in the number of cases and deaths.

With more people planning to travel on holidays in the coming months, questions are being raised about the requirement to be vaccinated before traveling from one country to another. At present, WHO does not support the requirement for proof of vaccination against COVID-19, either by national authorities or transport operators, before exiting or entering a country.

And while vaccines are an essential tool in our fight against the virus, they are not the only way to end the pandemic. Preventive measures such as wearing masks, physical distancing, and other measures are still necessary and have proven effective in saving lives and protecting others, even from new mutations. We must all abide by these measures, until enough people are vaccinated to ensure the immunity of the population.

Al-Hajjah stressed that the vaccines that are deployed throughout the region are also effective in protecting against new mutations, although reluctance to take the vaccine represents a major challenge preventing us from reaching our goal of vaccinating 30% of the population in all countries by the end of the year. .. Despite the spread of rumors and conspiracy theories, vaccines have been proven to be safe, preventing severe infection, hospitalization and death, and ensuring the quality, safety and efficacy of vaccines is one of WHO’s top priorities, and this applies to all six vaccines now on WHO’s list of vaccines for use in cases Emergency.

But we need to remember that vaccination does not mean that we abandon caution and put ourselves and others at risk. Public health interventions should be carefully scaled back, and those who have not been vaccinated must be given close attention.

There are currently no data on immunogenicity or the efficacy of the “mix and blend” system. The COVID-19 vaccines on the WHO Emergency Vaccine List have been evaluated as single-product systems, so we cannot support combinations of vaccines until more evidence is available.

She pointed out: The fungus or black fungus disease has received a lot of public attention, and some misinformation has arisen around it, and the black fungus is a very rare disease, which does not occur through transmission of infection from one person to another, and only affects those who suffer from severely weak immunity, and it occurs as a result Exposure to fungi in the surrounding environment, when spores are inhaled, which then travel to infect the lungs and sinuses, and spread until they reach the brain or eyes.

And she continued, “Although there is no direct link between Covid-19 and mucormycosis, symptoms of this disease appear in some Covid-19 patients due to severely reduced immunity, poor diabetes control, and misuse of corticosteroids.” It’s important to seek advice from a healthcare professional if you have underlying health conditions, such as uncontrollable diabetes and malignancies that put you at risk of more severe COVID-19 and black fungus.