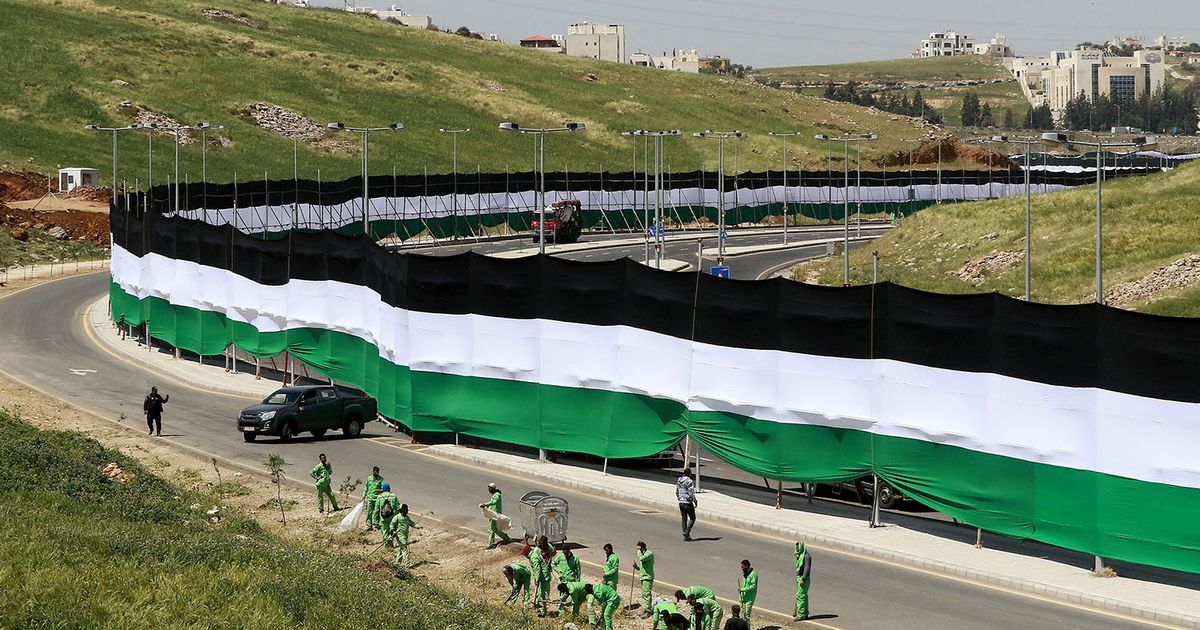 The Jordanian capital hung Thursday on one of its main arteries what it presented as the longest flag in the world and wants to have it approved. It thus celebrates the centenary of the kingdom.

Developed on Avenue 60, in an upscale neighborhood in western Amman, the flag is attached to thin metal poles planted on a central median. It measures 2,132 m long by 6 m wide.

“This number was not chosen at random. The 21 symbolizes the year 1921, when Abdullah I founded the Emirate of Transjordan, and the numbers 3 and 2 correspond to March 2, the date he entered Amman. “Hatem al-Hamlane, deputy director of the municipality for social development, told AFP.

Hope for validation in the Book of Records

“This is the largest flag ever made and this thanks to the cooperation of the municipality and private institutions. We are in contact with Guinness and will try to have it approved by the Book of Records as the longest flag in the world, ”he added.

The record has been held since December 2019 by the United Arab Emirates with a flag measuring 2020 m, capping on the post Kuwait which had made a standard of 2019 m a few months earlier.

Jordan celebrated its centenary on April 11 with no fanfare as the country is going through one of the worst crises in its history due to strife within the royal family.

A week before the commemoration, Prince Hamza, great-grandson of the founder of the Jordanian Hashemite monarchy, was under house arrest, accused of being involved in an “evil plot” against his country.

See Also:  Lima: Enel: In which areas, districts and times will there be no electricity in Lima until

>> Read: For the king, the crisis which shook the Jordanian monarchy is “over”