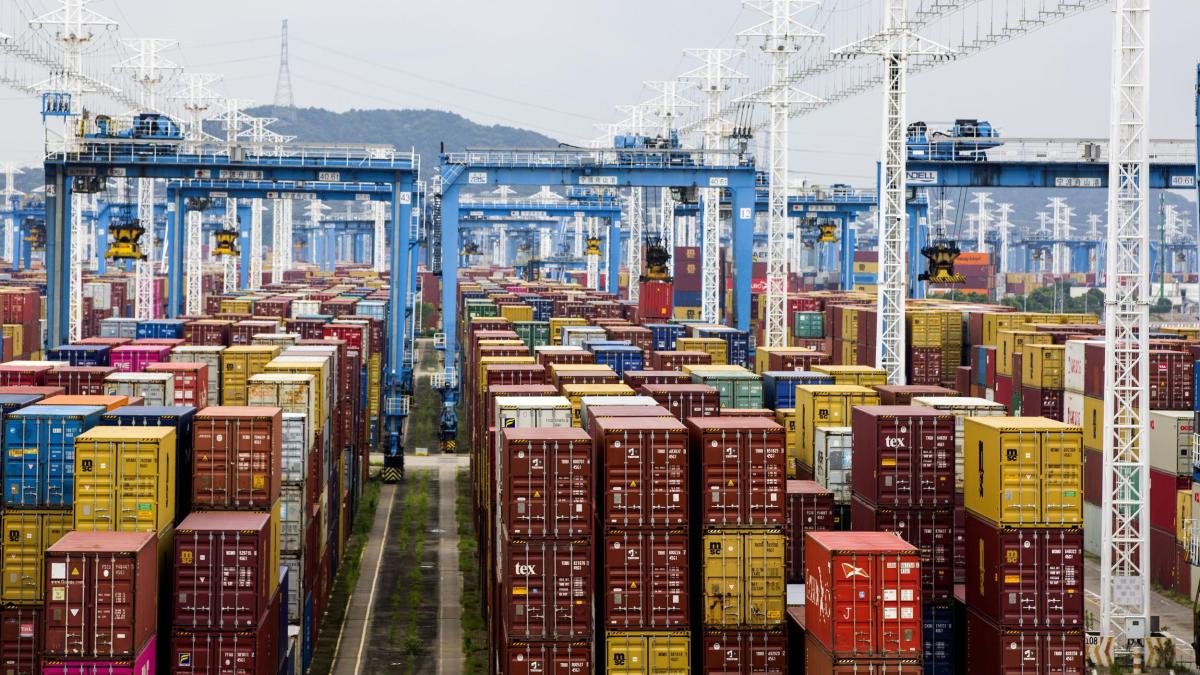 Because ports in China are closed after corona outbreaks, the already tense supply chains are tearing. The consequences are shortages and stunted growth. A dangerous dependency of the German economy on the global flow of goods is revealed.

KThere is no other country as closely linked to the global economy as Germany. This is already shown by the fact that the Federal Republic of Germany is the third largest importer and exporter in the world with a share of 7.2 percent in total world trade, right after the population and area giants USA and China and well ahead of Japan.

The external orientation is a blessing and sometimes a curse at the same time. High exports create income and jobs. But at the moment the weak points of the mutual dependencies are glaring.

“Asia’s ports are the bottleneck for supply chains worldwide,” writes Achim Haug, Asia expert at the foreign trade organization Germany Trade and Invest (GTAI), in an inventory of the effects of the corona measures in China, India and other Asian countries on the German economy. “When it comes to procurement, there are no preliminary products such as computer chips and consumer goods are a long time coming,” Haug states: “Quite a few buyers are worried about the Christmas business.”

Politicians react. The federal government continues to advocate open and rule-based world trade, said Federal Economics Minister Peter Altmaier (CDU). “At the same time, we have to look at how we can reduce one-sided dependencies and bring the production of important future technologies back to Germany and Europe,” said Altmaier WELT AM SONNTAG.

The example of semiconductors and chip production makes this very clear at the moment. “We must and want to significantly increase and expand our own chip production capacities in Germany and Europe,” explained the minister.

To this end, several billion euros in state and private funds would be invested in large-scale projects for microelectronics. The aim of using taxpayers’ money is to double Europe’s market share in global chip production to 20 percent by 2030.

Two thirds of the companies complain about delivery problems

According to GTAI, the supply chains are currently torn due to a series of port closures in China after corona outbreaks. One of the first cases was the port lock in Shenzhen in May. With a throughput of 26.6 million 20-foot standard containers in 2020, the port in southern China is one of the largest in the country.

The Meishan Terminal at Ningbo-Zhoushan Port followed in August. With 28.7 million containers annually, this is the third largest container port in the world. There were also typhoons and delays because several sea containers are not where they are needed after the breakdowns. “Backwater has formed at many ports around the world, and Asia is often the starting point for the faults,” notes the GTAI.

According to a survey by the Ifo Institute in Munich, the global material shortages have recently worsened again considerably. 69 percent of German industrial companies complained about serious delivery problems with primary products and raw materials. Smaller, highly industrialized countries are particularly affected.

The “degree of openness”, which is well above the German value of 87.8 in Belgium, the Netherlands and Switzerland, provides an indicator of the international interdependencies in relation to the size of the economy. In contrast, the United States, with its huge domestic market, only reaches 25.4 points.

“Everything on stocks” is the daily stock market shot from the WELT business editorial team. Every morning from 7 a.m. with our financial journalists. For stock market experts and newcomers. Subscribe to the podcast at Spotify, Apple Podcast, Amazon Music and Deezer. Or directly via RSS-Feed.