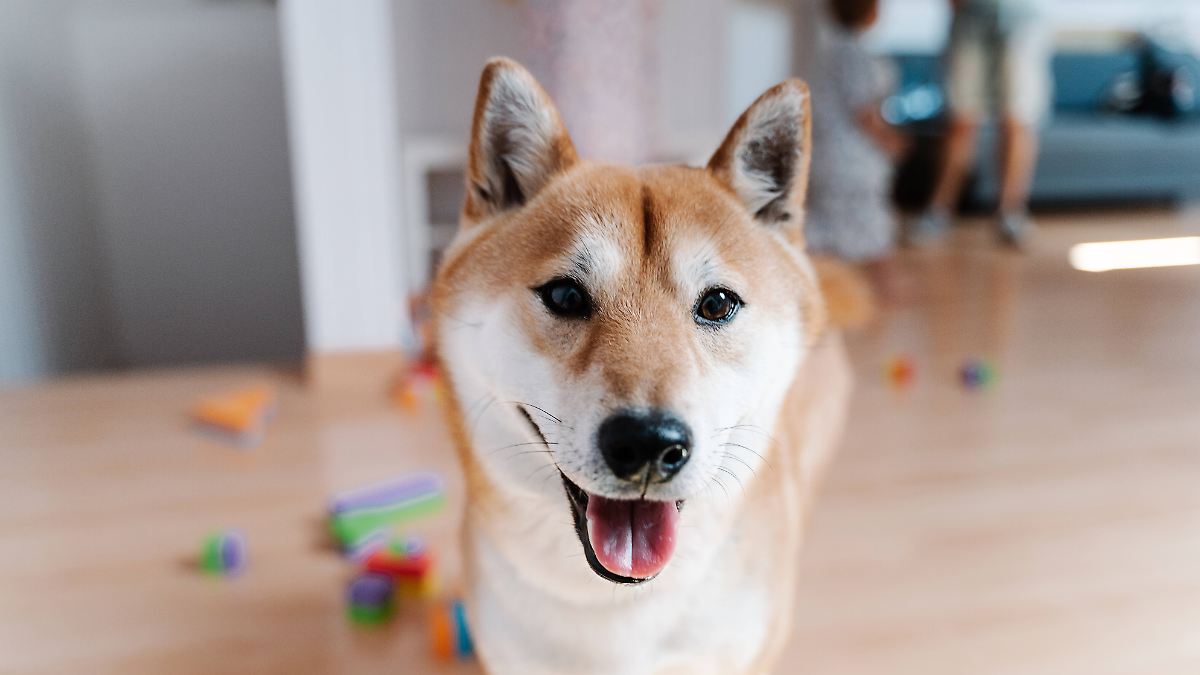 Dogecoin is not a superstar among cryptocurrencies, but is well known to insiders. It was created in 2013, originally intended as a fun answer to the hype of Bitcoin & Co. That’s why the name and symbol of the coin are based on one known memewhich became extremely popular in the same year. Doge is a variation of the English word dog for dog. Doge memes show photos of a dog of the Japanese Shiba breed combined with a saying that often expresses the animal’s surprise about a certain issue. Therefore they often start with “wow”.

Although intended as a parody, Dogecoin is a “real” cryptocurrency. But while Bitcoin, for example, is limited to 21 million coins and the mining of the currency by solving complex mathematical tasks requires ever greater computing efforts, Dogecoin is far less limited. The number of coins was limited to 100 billion at the beginning, before founder Jackson Palmer completely lifted the limit around a year later. But since only a certain number of Dogecoins is allowed per year, the inflation rate decreases over the years, loudly Wikipedia it will be 3.4 percent in 2025.

But Dogecoin has an even more potent supporter, although his motives – again – are not entirely clear. Just before Christmas tweeted Elon Musk, “One word: Doge”. The multi-billionaire has long been a fan of cryptocurrencies – especially Bitcoin, but he also pushes Dogecoin every now and then. last summer he shared for example the image of a Dogcoin sandstorm hurtling towards the global financial system. “It is inevitable,” he wrote.

More important than Musk’s cryptic tweets in July 2020 were probably Tiktok videos promoting the purchase of the cryptocurrency. According to “Cryptosene“There were more than 10 million posts with the” Dogecoin “hastag. After all, the rate doubled to around 0.4 cents.

Compared to what happened yesterday, that’s nothing. Because after bobbing around 0.8 cents for a long time, the Dogecoin suddenly rose almost vertically like a rocket until it reached its peak this morning at around 8 cents. The course had increased tenfold within 24 hours. What happened?

After the rather moderate success of his previous push attempts, this should hardly be sufficient as an explanation. But maybe Musk knew what was on Reddit Wallstreetbets-Forum was going on. The Association of Retail Investors had previously threw up a lot of dustby agreeing to push shares in the ailing computer game chain Gamestops. It thwarted hedge funds that were betting on falling prices. And apparently the rebellious community is also involved in Dodgecoin.

Wallstreetbets already has around 6 million members, more than 1.5 million of whom have only been added in the past 48 hours. They also include the Chinese billionaire Justin Sun, founder of the Tron cryptocurrency platform.

Elon Musk is also back after playing Wallstreetbets at Gamestop stood by the side. On the one hand tweeted he as a continuation of his older tweet, “In retrospect, it was inevitable”. On the other hand, he liked a post by an influential Wallstreetbets member called WSBChairman. Yesterday he wrote that on Tuesday he still had 12,000 followers after Elon Musk had liked his tweet, it had become 600,000. He currently has almost 800,000.

The tweet he’s alluding to could have been the seemingly innocuous question of whether Dogecoin has ever been at a dollar. The crypto currency is still very far from that, after the peak its price fell again and is now around 4 cents. Apparently, even rebellious small investors know how to take their profits with them.