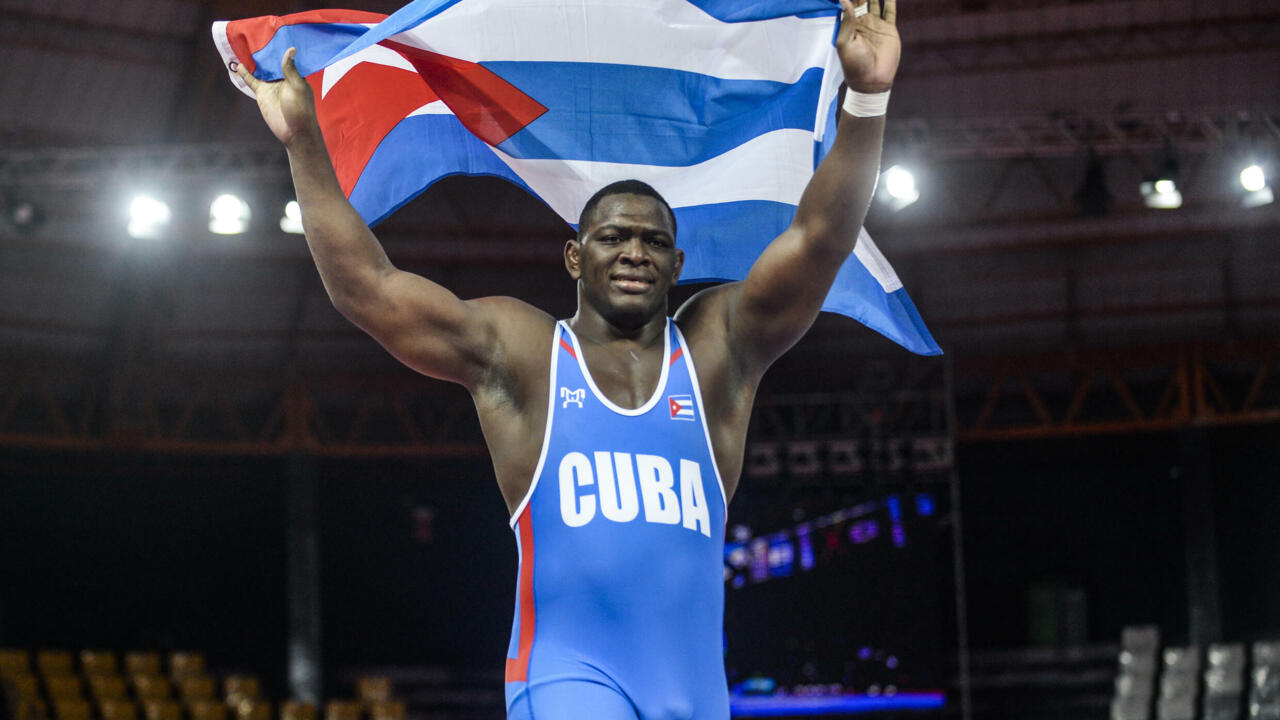 In his village in Cuba, no one, not even his dog – a rottweiler named Trump – doubts that wrestler Mijain Lopez, a colossus of nearly two meters, can achieve a feat in Tokyo: to win a fourth Olympic title.

“Mijain is as keen to have this (gold) medal as for the first one he won in Beijing-2008”, he has “the strength, the positive spirit and the desire”, assures the ‘AFP his mother, Leonor Nuñez, 62, in the village of Herradura, 114 kilometers west of Havana.

Never before has a sportsman obtained four Olympic titles in Greco-Roman wrestling, a historical discipline of the Games.

In his entourage, there is no lack of confidence: “The people of Herradura and those of Cuba must be well aware that this medal will come,” quietly declares his father, Timoteo Bartolo Lopez, 68, in the courtyard of the house that the wrestler had it built, less than 50 meters from that of his parents.

It is there, under a roof of palm leaves, that the family gathers with each victory of “El Purro”, the strong little one, as they always call him. In Cuba, he is also known as “El Niño”, the child, for his entry at 17 in the national team.

Five years ago in Rio, Mijain joined the selective club of wrestlers with three Olympic titles: there are only six in more than a century of wrestling at the Games, including Russian legend Aleksander Karelin. He will now try to do better, at 38, before retiring.

To preserve it before Tokyo, its trainers only involve it in one annual fight. He hasn’t even fought at all since the Pan American Games in Lima in 2019.

This does not prevent him from displaying “a remarkable physical and sporting form”, according to the head wrestling trainer, Raul Trujillo: he has almost defeated his eternal rival, the scale, and is “very close to his weight of competition “, the 130 kilos above which he would be out of the Games.

Mijain also wants to be confident. “It is up to me and my coaches to achieve this goal” of new Olympic gold, he told Cuban television before flying to a training base in Bulgaria.

Because “my parents taught me this mentality (…) so simple: everything you want to achieve in life depends only on your work”.

This spirit, he forged it in the hills surrounding Herradura, where he built his muscles from childhood by running after animals or carrying crates of fruits and vegetables.

He always wanted to “be strong”, recalls his mother.

His big brothers, Misael and Michel, also with imposing physique and followers of rowing and boxing, gave him a taste for sport. At 10, Mijain found his passion: wrestling.

“As soon as he saw him, a wrestling teacher called Sergio (Soto, note) took him under his wing,” said Leonor.

Michel, bronze medalist in boxing (super-heavy) in Athens-2004, remembers his little brother as being “a little temperamental, grumpy and brawler”.

His childhood friends especially evoke a jovial boy, who drinks with them when he comes to his native village from Havana, where he lives with his wife and two children. It is in Herradura that he will settle in retirement, finding his dog Trump there.

“Mijain is a very joker,” said Endys Lazaro, a 38-year-old farmer, “he was the tallest (in the group) and protected us”.

“He was the most determined and the most aggressive on the mat,” recalls Michel Soto, a 39-year-old carpenter.

At 13, however, his promising career almost ended: involved, a double tibia-fibula fracture in competition. His father wanted him to quit.

“What a mistake I almost made!”, Admits Timoteo today.

“I posted them here”, said Leonor proudly, pointing to a full wall: now “it’s hard to count them all!”

In Tokyo, Mijain could face again the Turkish Riza Kayaalp, the current world number one whom he had beaten in the final of London-2012 then Rio-2016.

Before the fight in Brazil, he had asked his mother for advice. “I told him ‘break it like a pencil’ + and really, that’s what he did,” she smiles.

And in Japan? “I don’t know who will be crushed, but I know Mijain doesn’t like silver or bronze.”