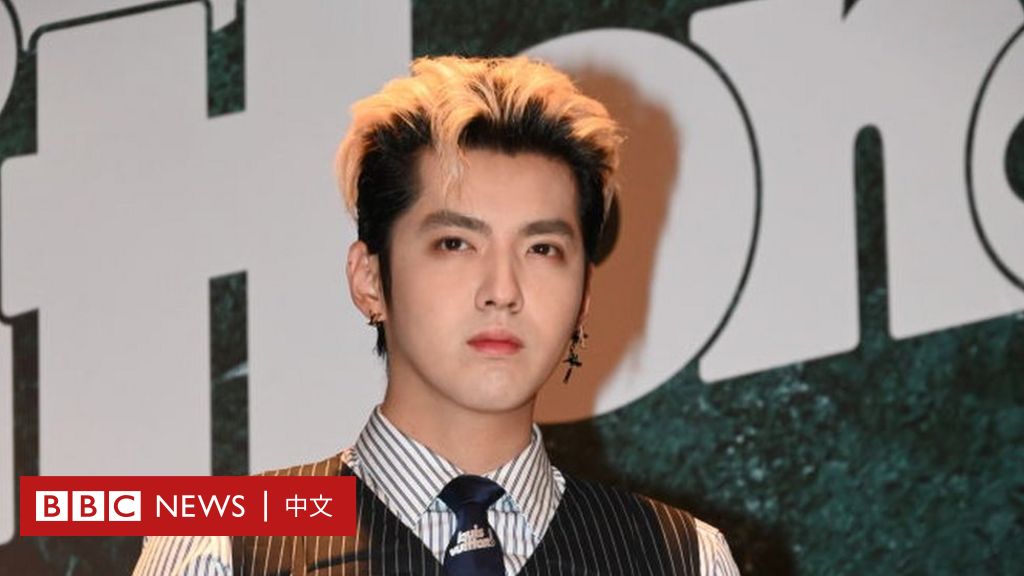 After Canadian Chinese singer Wu Yifan was accused by a Chinese woman of inducing women, including minors, to engage in sexual acts, many Chinese and international brands announced the suspension or termination of cooperation with him.

The 19-year-old Internet celebrity blogger Du Mitake claimed to be one of the victims. Her allegations caused a storm of public opinion on Chinese social media. A large number of netizens expressed support for her and called on Wu Yifan to quit the entertainment industry and leave China.

As a former member of the Korean pop singer group EXO, Kris Wu is quite famous among young Chinese. After retiring from the group in 2014, he focused on developing in China, becoming an actor, model and singer with a lot of income.

Wu Yifan and his studio finally broke their silence on Monday (July 19), denying these allegations and saying that he has filed a defamation lawsuit.

Du Meizhu continued to publish allegations on Weibo since last weekend, claiming that Wu Yifan met teenage girls through interviews, signing contracts, and promises of alcohol and fame to seduce them, but he did not fulfill any promises to provide “resources” .

In an interview with China NetEase on Sunday (July 18), she accused Wu Yifan of raping her after a party a year ago. She claimed that she was initially taken to Wu Yifan’s home in the name of an interview and casting, and then asked to drink and play games.

She said that her mobile phone was confiscated, and when she wanted to leave, her agent threatened to “block” her. Not long after drinking, she said she was “unconscious.”

Du Meizhu also stated that Wu Yifan also had sex with at least seven other young women, two of whom are still minors. In addition to the excuse of choosing actors, he also paid the girls he had slept with to introduce more girls to him.

“I want to pierce Wu’s mask and prevent anyone from being harmed. I hope I will be the last victim,” she told the media.

She also posted on social media the transfer records and chat screenshots that Wu Yifan and his agent allegedly transferred 500,000 yuan (approximately US$77,000) to her, asking her to “silence”, and stated that due to the daily limit of bank cards, I am returning it in installments.

Wu Yifan, 30, has Canadian citizenship and grew up in Guangzhou and Vancouver. He completely denied these allegations on Monday (July 19), saying that he has not responded because he “does not want to interfere with the progress of the judicial process.”

“I only met Ms. Du once at…a friend gathering. I didn’t drink alcohol, didn’t receive her mobile phone, and didn’t have all the “details” she described,” he wrote on Weibo. “If there is such behavior, please rest assured, I will go to jail by myself.”

His studio has also issued multiple statements in succession, saying that Do Mitake’s allegations are “hype with no bottom line to attract attention” and that she has been frequently contacting the studio to “request huge sums of money” as a condition for deleting articles.

On Weibo, many topics related to this matter occupy the hot search list, with hundreds of millions of clicks. Although the allegations against Wu Yifan have yet to be further investigated, Chinese netizens quickly and almost overwhelmingly sided with Du Meizhu.

“A public figure, a top traffic. He takes the highest pay in the entertainment industry and does the most nasty things. Disgusting!” a netizen criticized.

“If such a bad artist can stay in the entertainment industry and become a sought-after idol, how many minors will be affected?” another netizen wrote.

As the incident continued to ferment, some other women also posted screenshots of chats on social media, claiming that they had also received invitations from Wu Yifan’s wine bureau or were verbally harassed.

Brands cooperating with Wu Yifan have also responded, including Tencent Video where he is the brand ambassador, and automobile brand Porsche (Porsche), luxury brands Louis Vuitton (Louis Vuitton) and Bulgari (Bulgari) have all announced that they will cooperate with Wu Yifan. Termination or suspension of cooperation.

“Louis Vuitton attaches great importance to the allegations against Mr. Wu Yifan and has suspended the cooperation relationship with Mr. Wu Yifan until the results of the judicial investigation are announced,” Louis Vuitton wrote in a statement.

Chinese media also reported that Wu Yifan’s fan meeting in Hangzhou, originally scheduled for July 24, has been cancelled. The ticket for this meeting was originally very popular. It was once fired by the scalpers for 3,000 yuan, but after the Du Meizhu incident, the ticket price dropped to one-tenth of the original price.

At present, the police have not yet responded to this matter. Official media including the Rule of Law Daily and The Paper urged the public to remain calm and wait for the law to give a ruling.

Although he has joined the Canadian citizenship and developed in South Korea in his early years, Wu Yifan’s career in China has been flourishing in recent years, and is called one of the “Four Returned Sons” by the fan community. According to the 2017 Forbes China Celebrity List, Wu Yifan’s annual income is as high as 150 million yuan (US$23.13 million), ranking tenth on the list.

But this is not the first time Wu Yifan has been caught in the quagmire of a sex scandal. In 2016, a woman with the online name “Little Gina” posted an article criticizing Wu Yifan for disappearing after interacting with her, and posted a suspected close photo of her and Wu Yifan, but the matter fell silent afterwards and did not have her career. Too much influence.

The Chinese media “Global Times” reported that the public showed less tolerance in this incident, possibly because the allegations involved underage women.

In China, the standard of adulthood is 18 years old, and the legal age for sexual relations is 14 years old.

Wang Sixin, a professor of law at Communication University of China, said that the massive condemnation of Wu Yifan on the Chinese Internet shows that Chinese netizens are tired of “public opinion being manipulated by money.”

Along with China’s economic development, China’s entertainment industry has also developed rapidly in the past 20 years, but it is often shrouded in scandals.In January this year, the popular Chinese actress Zheng Shuang was exposed to the United StatesSeeking surrogacy to give birth to two children, But wanted to give up after breaking up with her boyfriend.

Some people believe that this is caused by the lack of supervision of artists, while others believe that this is due to the excessive dependence and tolerance of entertainment companies on the so-called “traffic stars”, which generally refer to good-looking appearances and large fan bases in China. But there are no artists with outstanding skills and works.