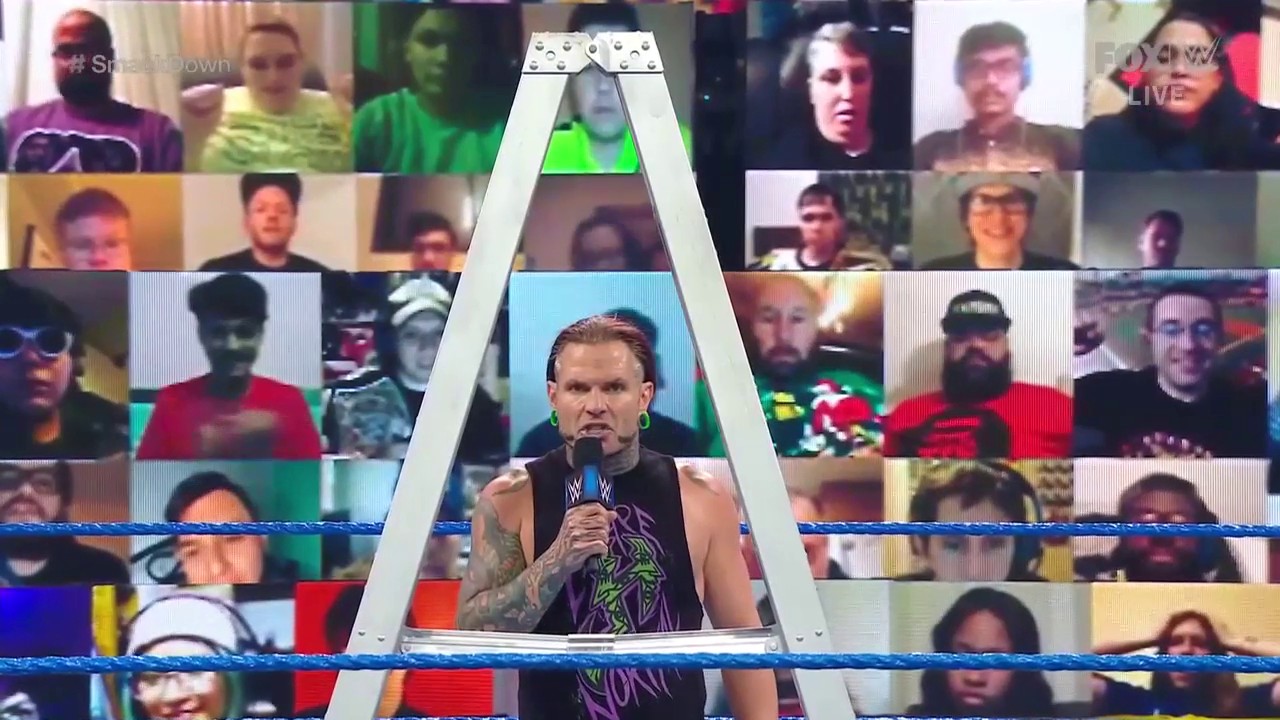 – Tonight it’s WWE SmackDown, the blue show kicks off with the commentators welcoming us. The Miz and John Morrison are in the ring for their Dirt Sheet, then make their presentation. The Miz introduces tonight’s program and then says he wants to start with Mandy Rose leaving. We review the Miz’s announcement at Talking Smack announcing Rose’s transfer to RAW.

The Miz says people accused him of getting revenge and having a problem with Otis. People think they’re trying to separate Otis and Mandy Rose. The Miz doesn’t play mind games with Otis or use his power and influence for revenge. He knows what the pressure is to have the Money in the Bank briefcase. You need to take every opportunity. Otis must focus on his briefcase and his cash-in. He took away the one thing that was keeping him from being on top. Otis may be heartbroken, but he can get over it. Mandy Rose is already on RAW.

Otis arrives in the ring and attacks Miz and John Morrison. Tucker comes to help his partner and Otis does his Captelliar on the Miz, followed by a Splash of the second string. Otis was about to leave but returns to the ring to undress the Miz.

During the match, Lince Dorado and Kalisto get kicked backstage.

At the end of the match, Cesaro made a European Uppercut on Gran Metalik followed by a Neutralizer for the pinfall victory.

– Behind the scenes, Kayla Braxton is with Jey Uso asking if Roman Reigns’ actions last week are going to make a difference tonight. Uso replies that Paul Heyman told him it was a communication problem, so tonight will not be when in the good old days. One of them will be Universal champion after Clash of Champions.

– Behind the scenes Matt Riddle says people ask him why he says so “bro”. This is because it can convey several emotions. Matt Riddle has fun saying “bro” with different emotions.

– Alexa Bliss welcomes us for her “A Moment of Bliss” and brings her best friend: Nikki Cross. As a friend, Bliss congratulates her and she is very happy for her. But she has a question. Cross has already challenged Bayley and she has already lost … what’s her plan for the game? Cross replies that it’s different because there won’t be Sasha Banks. She’s going to be able to focus on Bayley. She saw what Bayley did to her best friend. Cross will become the SmackDown champion in Clash of Champions.

Nikki Cross has a question for Alexa Bliss. What is going on between them? Last week, Bliss made her a Sister Abigail. Bliss says she doesn’t know how to explain it, she doesn’t understand. There has been a change that she doesn’t control and she doesn’t know how to go about it. Lacey Evans comes onto the scene and laughs at them. Cross should thank Bliss for leaving, that’s the only reason she won last week. Cross isn’t ready for Bayley, she’s too nice. She will never beat Bayley. Nikki Cross takes Lacey Evans’ handkerchief then blows her nose in it, before giving it back. The two wrestlers fight on the ramp.

– Alexa Bliss is commenting on the next game.

At the end of the match, Nikki Cross Neckbreaker on Lacey Evans and pinches her for the win.

– After the game, Lacey Evans walks up to Alexa Bliss … who is staring at a specific spot. Bliss makes a Sister Abigail on Evans and leaves, all her eyes fixed on a spot.

– Sasha Banks is at the Performance Center to talk about the Bayley attack. The Boss says she’s still here, she’s nothing to Bayley anymore. She’s just useless to her. She heard every word Bayley said last week, she couldn’t help but be filled with emotions in this place where they trained every day and talked about their dreams and goals. They used to walk these halls talking about what they did. They told the world that they were going to take control of this company together. When she walks and sees women now, it’s because they did this together. All these parts. All these photos and posters. They did it together.

Bayley is an idiot and naive because she is nothing without her. Since Banks is useless to her, she’s going to take away the one thing she loves … the female title of SmackDown. Bayley attacks Sasha Banks from behind with a chair! People arrive to separate them.

At the end of the match, Sami Zayn tries a roll up on AJ Styles but the referee stops the pin because Zayn was cheating. Styles rolls up on Zayn to win.

– After the match, Sami Zayn attacks AJ Styles and complains to the referee. Jeff Hardy arrives and attacks Styles and Zayn. He pulls out a ladder and places it in the ring. Hardy says he’s sick of it. It’s going to end in Clash of Champions. He will face the two … in a Ladder Match!

– Behind the scenes, a person comes to see Otis and Tucker and tells Otis that he is expected. Tucker says the Miz and Morrison are suing them. They consider the Dirt Sheet to be a real show. The Miz and Morrison demand that Otis ditch the briefcase next week.

– Behind the scenes, Sheamus and King Corbin are talking. Someone arrives and tells Sheamus that his car is going to be towed. Sheamus walks up to his car and tells someone not to touch his car. That person turns around and it’s Big E. Sheamus leaves and Big E goes after a security person.

– A video about the mysterious woman from SmackDown is released.

– Roman Reigns arrives in the ring with Paul Heyman. Heyman was going to speak but Reigns says he got there first so everyone would know it’s his garden, his ring, his WWE, his island.

Roman Reigns and Jey Uso vs Sheamus and King Corbin

At the end of the match, Jey Uso hits King Corbin with the belt. Roman Reigns then speared Corbin and Uso followed up with a Frog Splash for the pinfall victory.

– After the match, Jey Uso is happy. Roman Reigns ends up hugging him … The show ends like this.