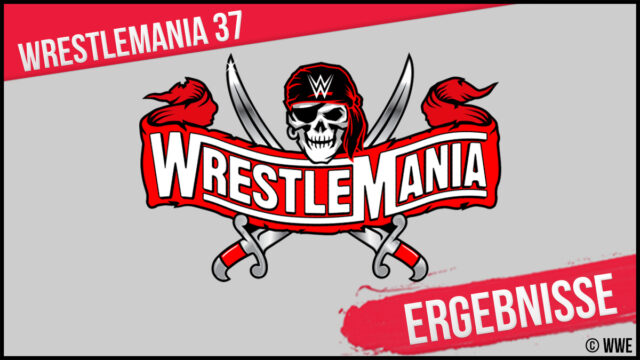 Welcome to our “Wrestlemania 37 – Day 1” live ticker! This post will be updated at regular intervals until the end of the show so that you do not miss any result. Comment on this post and write to us in the live chat on “Discord” how you think about the show. Have a great evening! HERE is the live chat! CLICK!

The wait is over, because Road To Wrestlemania is heading full speed ahead to its climax: “The Grandest Stage Of The All”, “The Showcase Of The Immortals”, “The Show of Shows”, “The Greatest Spectacle in Sports Entertainment “,” The Super Bowl of Sports Entertainment “,” The Granddaddy of Them All “, Wrestlemania! As in the previous year, a two-day spectacle awaits us, but the first turbulence was already emerging. The weather in Tampa is not the best for an open hall event and while ViDdaP has identified Shane “Hurricane” Helms at the blame, the internet is speculating whether the show will be haunted by Brock Lesnar and a wave of F-5s. To kick off the evening, Drew McIntyre will try to dispel the storm clouds and regain his place in the sun in the WWE Championship Match against title holder Bobby Lashley. In the main event of the evening, the women will be honored when the Women’s Royal Rumble 2021 winner Bianca Belair redeems her golden ticket and meets the final boss of the Women’s Division and the reigning WWE SmackDown Women’s Champion Sasha Banks. In between, Shane O’Mac is waiting for us against “The Monster Among Men” Braun Strowman in a Steelcage Match, the showdown between “A-Lister” The Miz and “Latin Star” Bad Bunny, Cesaro’s long overdue singles match a Wrestlemania and a Women’s Tag Team Turmoil Match to determine the new # 1 challengers for the WWE Women’s Tag Team Championships. For what feels like an eternity, 25,000 fans will be live in the hall for the first time since the beginning of the pandemic and replace at least some of the Thunderdome screens. Get windproof and prepare for an exciting evening – welcome to Wrestlemania 37!

See Also:  After the fire at the OVH site in Strasbourg, national education services disrupted

After a first surreal look into the arena filled with fans, the Chairman of WWE Vincent Kenny McMahon greets us personally to wish us a great evening. Meanwhile, the grid lined up behind him. Pop superstar Bebe Rhexa delivers the musical opener of the night and performs “America The Beautiful”. Unfortunately, the weather throws us into the mix today and we have to put up with a delay. Sarah Schreiber interviews Shane McMahon backstage, she wants to know why Shane Braun called Strowman “stupid”. The two are interrupted by WWE Champion Bobby Lashley and MVP. MVP says the evening belongs to Bobby Lashley and that he made it clear to Drew McIntyre that their feud will end today. The Scot joins them too, confessing that nothing will stop him from regaining the WWE title. After some officials were able to prevent a fight and the heels had run away, McIntyre spoke to Sarah Schreiber about his past year with the WWE Championship and promised that the match would take place tonight. Now the WWE RAW Tag Team Champions The New Day, Kofi Kingston and Xavier Woods with a new look will be interviewed and asked about their match against AJ Styles and Omos. Big E joins in and makes it clear to the backstage reporter that Kingston and Woods will defend their titles. Back with Sarah Schreiber, we now see Braun Strowman. “The Monster Among Men” promises to take Shane O’Mac apart with every trick in the book. Kevin Owens is given the floor and talks about his special relationship with Sami Zayn. He says they have faced each other in the ring all over the world, but Sami has changed and is no longer the same guy he met. Tomorrow they will both have a battle. Bianca Belair also talks about the special Wrestlemania atmosphere. Seth Rollins now explains his vision for Cesaro to Kevin Patrick. Then John Morrison and The Miz give their opinion. This is followed by a promotional video for the WWE Championship Match and the feud between Bobby Lashley and Drew McIntyre. Now it really seems to start, the commentators Michael Cole, Samoa Joe and Byron Saxton now present the Wrestlemania hosts Titus O’Neil and Hulk Hogan. Titus is really motivated and tries to transfer the mood to the fans, it seems to be working. Hogan talks about making history on the two Wrestlemania evenings. Afterwards the two talk about the upcoming WWE Championship Match and explicitly Hogan about the advantages of Bobby Lashley. Hulk Hogan and his “Brother T” have finished. Drew McIntyre celebrates his entry into the arena.

See Also:  In New Zealand, the erupting volcano is still too threatening to send relief