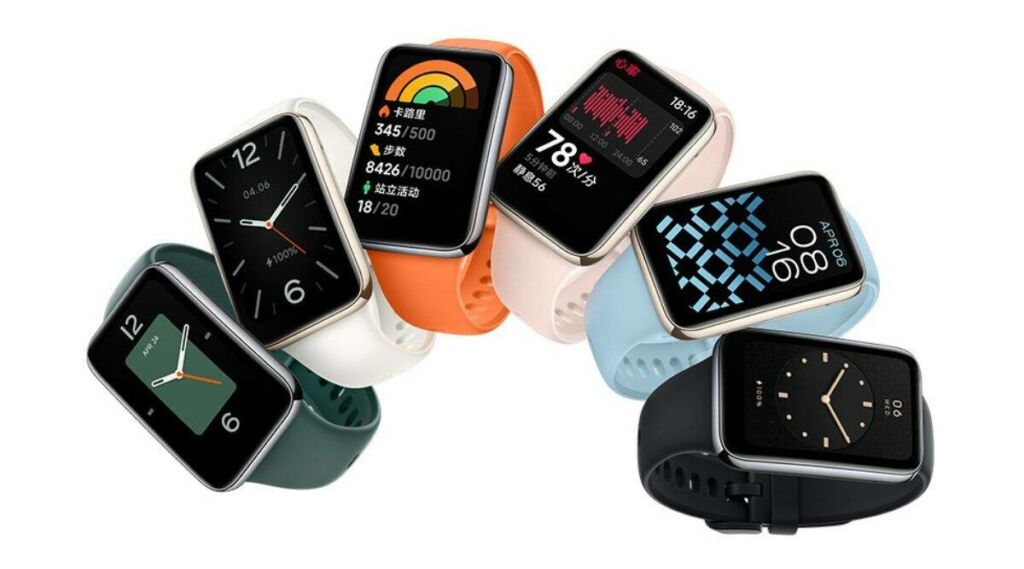 Le tracker fitness is gentrifying. A few weeks after the announcement of the Mi Band 7, a Pro version disrupts Xiaomi’s range.

Better known to us as Smart Band 7the last smart bracelet from Xiaomi gets a makeover. Announced yesterday on the occasion of launch of the Xiaomi 12Sthe Mi Band 7 Pro will rather ogle the side of smartwatches to offer a hybrid device with somewhat blurred contours.

A smartwatch that does not say its name?

With its design and 1.64″ AMOLED screen, the Mi Band 7 Pro immediately evokes the recent Redmi Watch 2 Lite launched by its subsidiary. With a few differences all the same: this new model does not have a button or crown, and its screen is more rectangular than square.

We are talking about a definition of 280 x 456 pixels for a resolution of 326 dpi. The bracelet connected to the false tunes of a connected watch is backed by a 235 mAh battery, which can offer up to 12 days of autonomy according to the manufacturer. In intensive use, the autonomy is reduced by half.

Health at your fingertips

What differentiates the Mi Band 7 Pro from the classic model launched a few weeks ago?

In addition to a screen equipped with an ambient light detector (which can therefore react dynamically throughout the day), the Mi Band 7 Pro is distinguished by the adoption of a GPS chip. An asset that will find favor with those who practice running or other outdoor activities requiring a tracking precise of their location.

More than 117 sports routines have been included in the connected bracelet software. Xiaomi is also adding gamification features to challenge friends and win medals as records are broken.

The Mi Band 7 Pro is already available in China for 400 yuan (around €57 excluding tax). Its release in other countries has not yet been formalized by the manufacturer.

The market unscrews at the close, and the decline of the MASI in YTD increases to 13.5%

Liliana Caldini, ex-partner of Cacho Fontana, died: the pain of her fans and her memory in emblematic photos