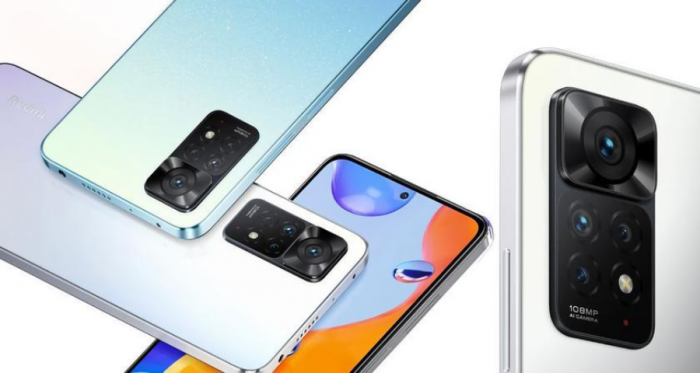 Today, Xiaomi held a presentation dedicated to the launch of the Redmi Note 11 line in the global market. The company presented four models that are designed to strengthen its position in the mainstream segment. At the moment, there are several different models of the Redmi Note 11 series presented for different markets. In terms of processor, display diagonals, NFC and a set of cameras, the models differ, but in terms of support for fast charging, types of panels, image sensors used, they are similar.

Among the new products is the Redmi Note 11S, which offers a Helio G96 chipset, a 6.43-inch FullHD+ 90Hz display with a refresh rate of 90Hz, 6/8GB of RAM and 64/128GB of storage. The fingerprint scanner was built into the power key on the side, they offered a 16 megapixel front camera, NFC, a couple of speakers, a 5000 mAh battery with 33-watt fast charging.

The main camera of Redmi Note 11S has four sensors, where the main one is 108 MP Samsung ISOCELL HM2, and it is assisted by an 8 MP width and a couple of 2 MP sensors for depth analysis and macro photography. The advantages of the smartphone include NFC and an independent microSD card slot. RAM offered 6/8 GB and permanent 64/128 GB.

When looking at the characteristics of Redmi Note 11 Pro, first of all, it is striking that the same chipset that underlies Redmi Note 11S has become the “heart” of the firmware. Similar novelties and cameras: 16 MP front and rear 108 MP + 8 MP + 2 MP + 2 MP. At the same time, the Redmi Note 11 Pro has a display with a refresh rate of 120 Hz and a diagonal of 6.67 inches, and the fast charging power was increased to 67 watts. Unlike Redmi Note 11 and Redmi Note 11S, the microSD tray was made hybrid.

Redmi Note 11 Pro 5G has become a firmware version with support for fifth-generation networks, but at the same time, the manufacturer not only offered a different hardware platform, but also “amputated” the depth sensor in the main camera. As a chip, they offered Snapdragon 695, manufactured using 6-nanometer technology. Other specifications are identical to those offered by Redmi Note 11 Pro.

Fed is about to make a policy decision U.S. Treasury yields remain unchanged |