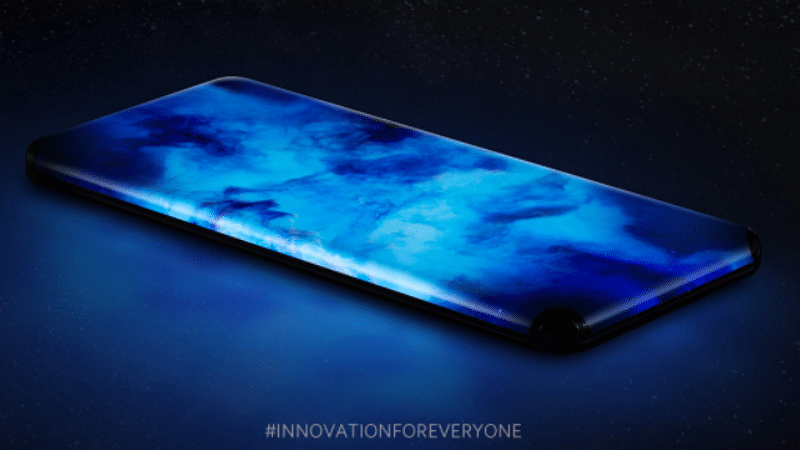 Nothing stops Xiaomi! After unveiling very promising concepts in the past, the firm returns to the charge with a smartphone without button or port, and with a screen curved at 88 degrees on the edges.

After presenting its impressive air-charging technology, with the Mi Air Charge, the Chinese giant has just unveiled another promising concept. This time it is a smartphone with a full screen. Since borderless has become widespread on most current smartphones, Xiaomi has taken the concept even further with the « Four-curved Waterfall Display », a screen curved at 88 degrees on the sides for enhanced immersion. And since this screen extends over the edges, Xiaomi has simply deprived its concept of a button smartphone, and even a port.

The brand did not give further details on this concept, except that it has filed no less than 46 technical patents to get there. We imagine, however, that such a smartphone should be without a front camera. Due to the curvature on the top edge, there wouldn’t be enough room to fit a pop-up camera. Xiaomi could nevertheless equip this screen with a punch, or even a camera under the screen if ever this concept were to materialize into a product.

Obviously, this is only a concept and not a marketable product as is. In fact, this smartphone reminds us of another device of the brand, the Mi Mix Alpha. It had a 360-degree curved screen that covered all the way to the back of the smartphone, with just a thin strip containing the photo sensors. This smartphone – which ultimately never reached mass production – nevertheless had a port for charging. Coming back to the present, Xiaomi is preparing to launch, on February 8, its new flagship in our regions, the Xiaomi Mi 11. This one will not have a screen as impressive as in this concept, but it nevertheless promises us some nice surprises.

Moria Casán’s anger with Rocío Oliva: “A lot of hydrogen peroxide, he had half a neuron left to play ball”