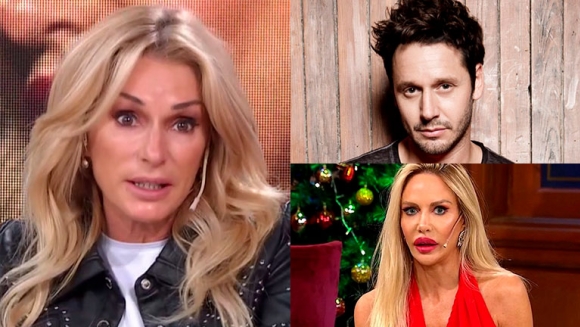 Yanina Latorre spoke of rumors of a love affair between Benjamin Vicuña and Luciana Salazar after crossing a few words at a restaurant event last weekend. On The Morning Angels, the panelist spoke of the actor shortly after separating from the China Suarez and sentenced that he does not believe in the affair transcended with the participant of The academy.

“Benjamin was sitting at the table of To sweat, she went and did the whole tour and greeted the whole table, they kissed, talked and left. What’s more, Vicuña left with Leo Matheu who was the organizer of the dinner and then brought it home. I spoke with Leo yesterday and he swears to me and re-swears that Luciana was not in the car with them, “said the little angel.

Then, Yanina analyzed the situation of the Chilean actor without filters: “Benjamin is half kamikaze but I think this is not the time to go out with Salazar, I think he still has the ducklings lined up. He has done everything but in this one I can’t imagine him in Bagatelle getting up to Luciana with the quilombo he has ”.