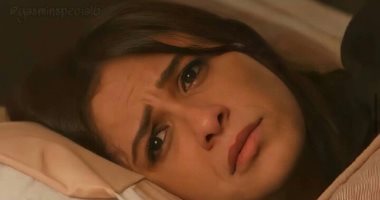 Medical sources close to the star’s family revealed Yasmin Abdel Aziz, about the details of her health condition and the nature of the surgery she underwent, which caused her to enter the intensive care room over the past days

The medical sources indicated that Yasmine Abdel Aziz entered the hospital on Saturday, July 11, in order to perform the “polycystic ovary” operation, especially as she was suffering from the presence of fatty bags on the ovaries, in addition to performing a “tummy tuck” operation, after which some problems occurred. Such as increased pulse rate, and lack of oxygen in the blood.

The sources indicated that the treating doctors transferred Yasmine Abdel Aziz to the intensive care room and put her under close observation with the use of antibiotics and solutions until the oxygen level in the blood stabilized again, but what happened was a decrease in the percentage of hemoglobin in the blood, which reached 7.6, and this percentage Very few compared to the normal rate for women, which should not be less than 12, which made them continue in intensive care until now receiving the necessary treatment.

The past few days witnessed a state of anxiety within the artistic community after the artist Ahmed Al-Awadi announced that his wife, Yasmine Abdel Aziz, had entered the hospital for surgery and the instability of her condition without revealing any details, where he wrote a post through his account on the “Facebook” website that made all the artistic community pray for Yasmine Abdel Al-Aziz recovered and overcame her health crisis.

And the text of the message written by Al-Awadi came: “It is possible that your feet will always be strong, but the truth is that I am now the weakest person on the face of the earth, because my soul is not with me, I am very weak without you. You must stay well and be safe, for the first time I write without what I am.” I think, I will write eh and I will write eh, but you will rise, God willing, God willing, because you promised me a promise and you will fulfill it.”

Al-Awadi added: “I want you to stay well and stand up so that I can tell you that if I show you that I love you once, then the real thing is that I love you a thousand times, and now I am not as strong as you see me. Your strength is from me. I also take my strength from you.. Get up because I love you.. I love you much more than all the words that I wrote, much more than all that we had with some of the good days and difficult situations we passed on.. Much more even than the situation we were in. Now.. I love you,” he concluded: “Pray for her to be safe as you always pray for her success and success.. She now needs your prayers.”