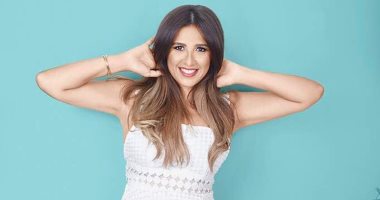 The artist, Wael Abdel Aziz, reassured the fans and fans of his sister, the artist, Yasmine Abdel Aziz, about her health condition, stressing that she is currently improving and better than the previous days.

And Abdel Aziz wrote, through his account on Facebook: “Praise be to God, much better than yesterday.”

And medical sources close to the family of the star, Yasmine Abdel Aziz, had revealed the details of her health condition and the nature of the surgery she undertook and caused her to enter the intensive care room during the past days..

The medical sources indicated that Yasmine Abdel Aziz entered the hospital on Saturday, July 11, to perform the “polycystic ovary” operation, especially as she was suffering from the presence of fatty bags on the ovaries, in addition to performing a “tummy tuck” operation, and after that some problems occurred, such as Increased heart rate and decreased oxygen in the blood.

The sources indicated that the treating doctors transferred Yasmine Abdel Aziz to the intensive care room and put her under close observation with the use of antibiotics and solutions until the oxygen rate in the blood stabilized again, but what happened was a decrease in the proportion of hemoglobin in the blood, which reached 7.6 and this A very small percentage compared to the normal percentage of women, which should not be less than 12, which made them continue in intensive care until now receiving the necessary treatment.