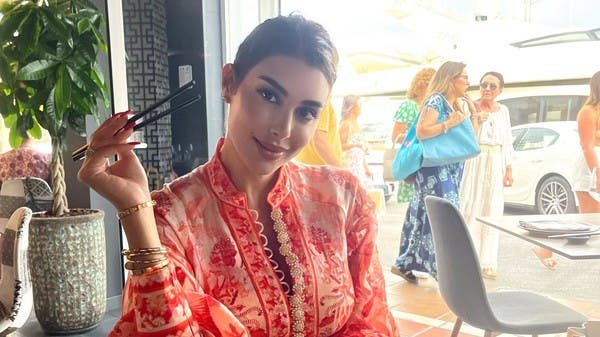 Once again, the Egyptian artist, Yasmine Sabry, returned to the fore, after being away for a while Since the announcement of her divorce from the Egyptian businessman Ahmed Abu Hashima.

It seems that the Egyptian artist is spending a summer vacation in Spain, before returning to practice her artistic activity in Egypt, especially since she has been away from the scene over the past two years.

and published Yasmine Sabry Recently, on social networking sites, a picture sparked controversy, in which she appeared in a different appearance, suggesting that she had given up her long hair, which prompted her audience and followers to ask her about the matter.

But she responded through the feature of comics on “Instagram”, to confirm that she did not cut her hair, but did a “New Look” in which she used a look called “Kahkah”, which suggested to the followers that she had abandoned her famous long hair.

This was not the only question that Yasmine Sabry answered, as she confirmed in response to her followers that she is preparing two new series at the present time, in compensation for her long absence since her last series, “A Second Chance”, which was shown two years ago.

The Egyptian artist also answered a question regarding the profession she would have worked in if she were not an artist, to confirm that she would have become a psychiatrist.

In response to another question, she talked about the things she does and makes her feel safe and confident, and advised her followers to accept their weaknesses and mistakes and work on self-development.

It seems that the coming period will witness intense artistic activity for Yasmine Sabry in order to compensate for the long period of absence, especially since I apologized about two weeks ago for the series “Al Shader” With Ashraf Abdel Baqi, which caused a great controversy between her and the director of the work.