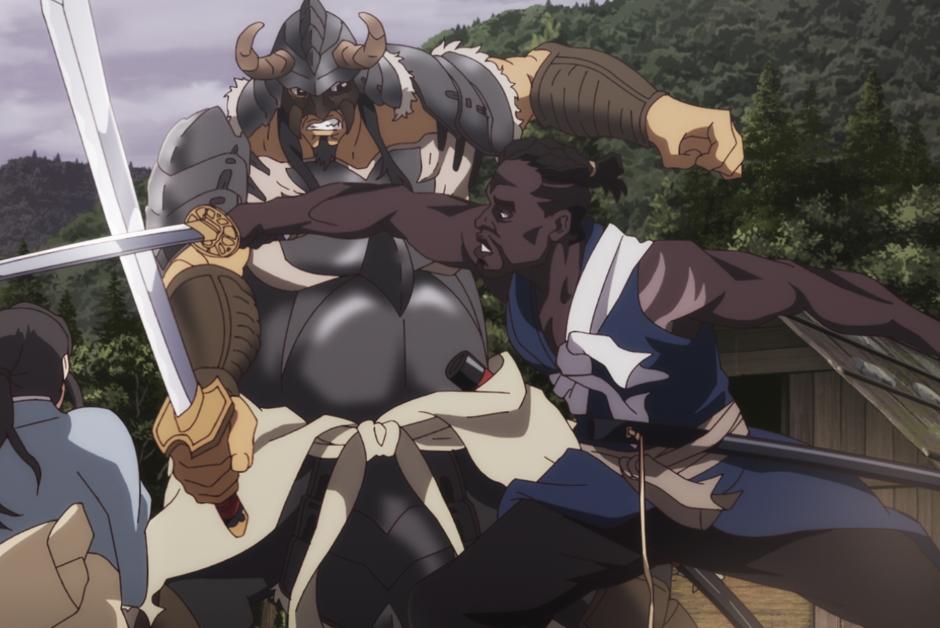 The new anime released by Netflix is ​​an American-Japanese production that takes the viewer to a fantastic feudal Japan. But the series is inspired by very real events, including the story of Yasuke, the black samurai.

Difficult to determine what is fact or fiction in Yasuke. Certainly, we can guess that the fire at the Kyoto temple, during which the great daimyo (“Overlord”) Oda Nobunaga was forced into ritual suicide after the betrayal of one of his generals, in 1582, was not caused by an army of giant robots. On the screen, however, the scene is splendid. “A samurai pierces robot armor against a background of jazz. Magicians dance to ward off a web of purple lasers. Meanwhile, Yasuke sits in a temple with drunken Nobunaga, whom he begs to run away. A masterful introduction ”, admire the american magazine Wired.

The hero who gives his name to the anime that Netflix has been broadcasting since April 29 has, on the other hand, really existed: he is the only black samurai that Japan has known.

“Few proven facts have come down to us about Yasuke’s life, which allows the creators to populate these gray areas with a lot of supernatural and other SF antiphons that the anime is fond of”, summarizes the Japanese-American journalist Roland Kelts in The Japan Times. It is not known, for example, from which region of Africa he came exactly – perhaps from the east coast, at the level of present-day Mozambique, a region very early colonized by the Portuguese. The rare historical sources, on the other hand, allow us to establish that “Yasuke came to Japan in the 16th century as a slave to an Italian Jesuit priest, during the time of trade