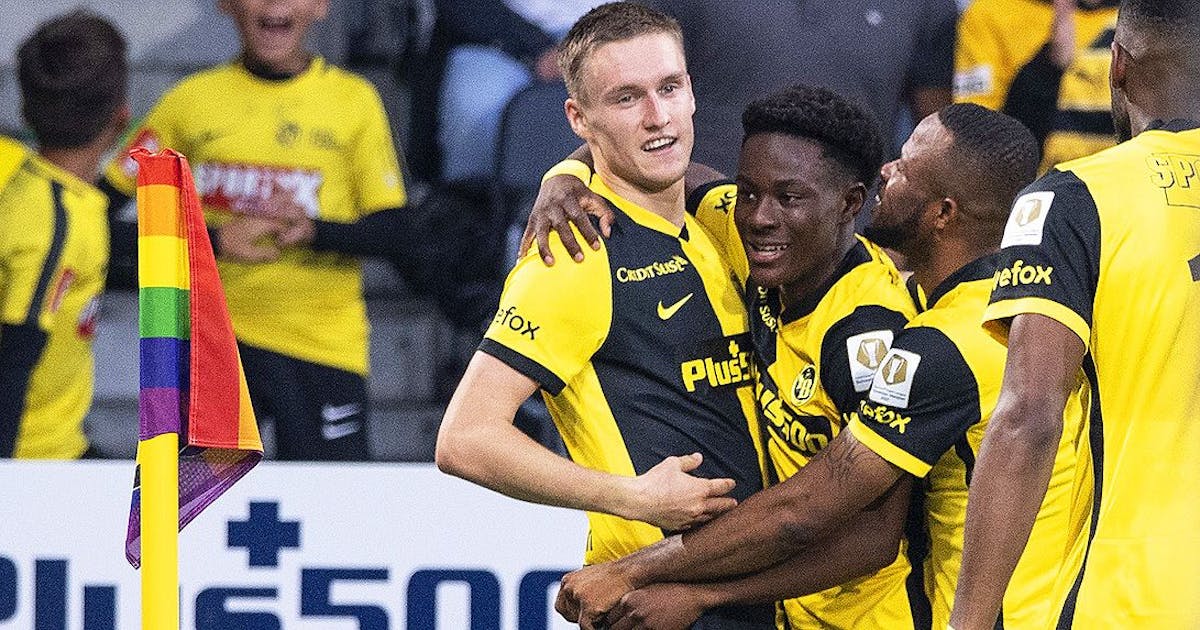 With two lightning goals in the first and second half, YB secured the next three points against St. Gallen. However, Christian Fassnacht fell out with a laceration on his head.

With a 2-1 win against St. Gallen, YB catches up with the top duo in the Super League. However, with Christian Fassnacht, the Bernese lose an important high performer.

Despite the English weeks and the upcoming second match in the Champions League on Wednesday, YB did not take it easy. The Bernese stormed the St. Gallen penalty area for a good half-time and occasionally created opportunities every minute. You could have been leading clearly after a quarter of an hour. But even without being efficient, they were on track thanks to goals from Jordan Siebatcheu (3rd) and Felix Mambimbi (47th).

The two-goal lead did not do the Bernese well. They lost the thread and all the force and ease with which they had impressively achieved chance and opportunity. After the goal from a deflected free kick by Kwadwo Duah (61st), they struggled to secure the three points.

Coach David Wagner can cope with the fact that the win was not as stylish as it was last against Lausanne (6: 1) or FC Zurich (4: 0). More important for the German was that he had to replace his current best with Christian Fassnacht early after a collision. The midfielder injured his head and had to go to the hospital for a check-up.

Once again, St. Gallen remained unmountable in Bern. But given the situation, positive things can be gained from the match with the champions, even without points. Peter Zeidler’s team had to do without various top performers, including the suspended Lukas Görtler and Betim Fazliji. Nevertheless, she was ready when YB subsided and took over the dictation of the game. Courage can be drawn from what is shown. With seven championship games without a win, that’s something.

The live ticker for reading