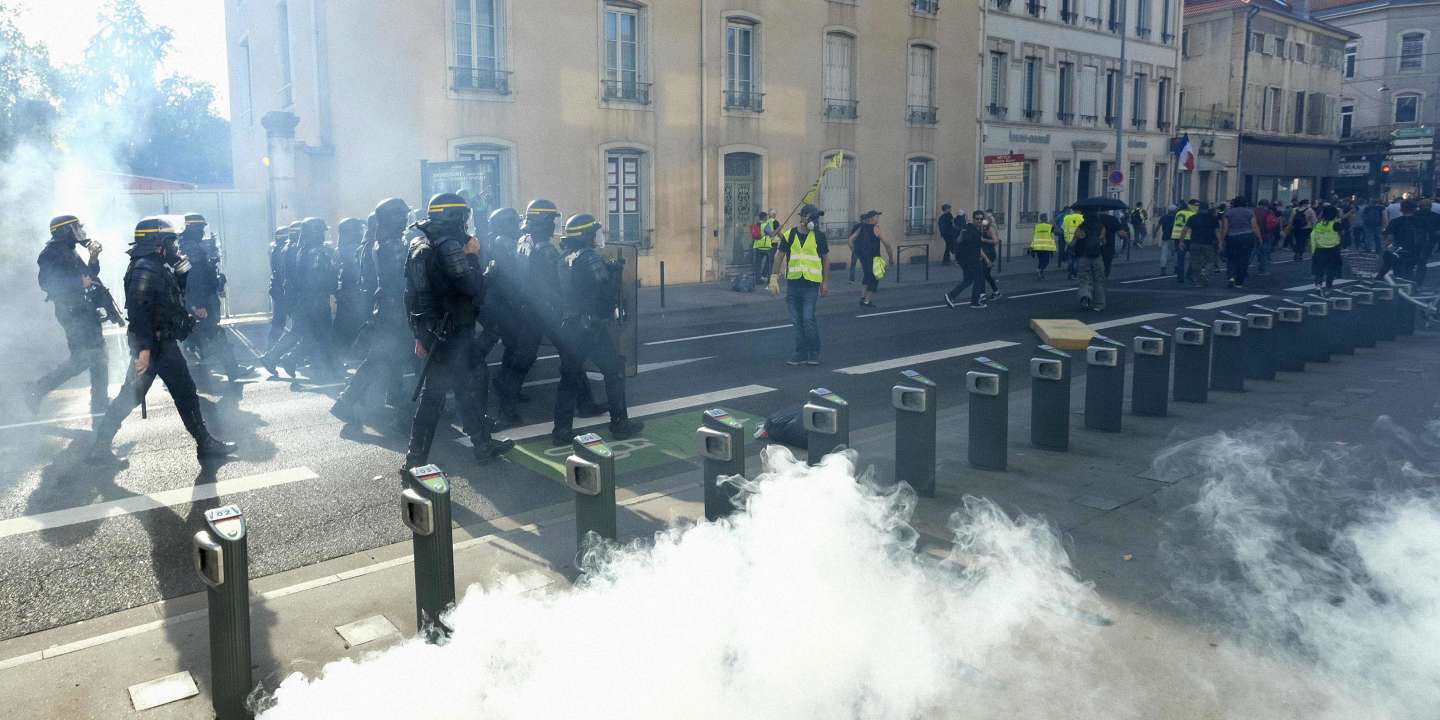 A “yellow vest” was sentenced Friday, December 27 by the Nancy criminal court to three and a half years in prison, including six months suspended, for having injured three police officers with an explosive device that he had manufactured, during a demonstration in December 2018.

The events took place on December 22, 2018, during a demonstration in downtown Nancy, which was attended by nearly 2,000 people. While the demonstration was tense and the police were wiping projectile jets, an explosive device had been thrown into the air. Three police officers were injured – one of them severely in the arm – from sharp metal debris being thrown into the atmosphere.

The investigation, entrusted to the urban violence brigade of the departmental security, was quickly interested in this 35-year-old man, checked in possession of firecrackers and mortar-type fireworks during a new demonstration of “yellow vests “ December 29, 2018. Investigators then seized on his phone videos of explosions in the forest of handcrafted devices and conversations with those around him on the modus operandi. Material for making homemade bombs had also been seized during searches. The man was finally arrested and taken into police custody on November 27.

Article reserved for our subscribers Read also “There is something in the atmosphere …”: from Paris to Reunion, the massive mobilization on December 5

At the hearing, the accused, auto-entrepreneur in the repair of two-wheelers and father of an infant, denied the facts. Fearing that his client is ” a scapegoat “, his lawyer requested his acquittal, except for the manufacture of the explosive device, stressing that he was “Mechanic, touch everything”. Head down, the interested party recognized making it for pleasure.

“It’s prepared: we thought about it, we tested to have the best performing homemade bomb, which could injure the most people. It’s a personal process that he used. ”, denounced the prosecutor, François Pérain. A sentence of three years’ imprisonment, with a warrant, had been requested against the accused.

The man was also convicted of degrading two speed cameras in Meurthe-et-Moselle, with a second defendant, aged 31. The latter was sentenced to four months suspended sentence, two months less than the requisitions. “These are young people “normal“, which very quickly became radicalized “ and for whom the social protest movement “Was an opportunity to do anything”, noted the prosecutor.

See Also:  Audi wants to delete 9500 jobs in Germany
Article reserved for our subscribers Read also “Go ahead, don’t hesitate to crash into it. It will make you think about the following: the day when the doctrine of policing changed