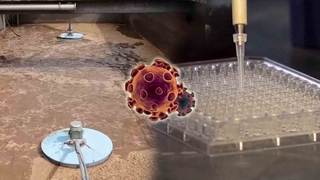 Even before the first reported omicron mutations in South Africa, signs of omicrons appeared in domestic sewage in New York City, USA.

It is pointed out that the omicron mutation was much more widespread than expected.

It is delivered by PD Bang Joo-hee.

In mid-November of last year, before the world’s first Omicron patient was reported, the possibility of an Omicron mutation was raised in New York City, USA.

As a result of investigations conducted by researchers from the US Centers for Disease Control and Prevention and New York, on November 21, a clue to the micron mutation appeared in a New York sewage sample.

Omicron mutations were also found in sewage samples collected at the end of November in California and Texas.

New York researchers have been tracking traces of the coronavirus by routinely testing samples from city sewage since the summer of 2020.

The New York Times analyzed that the results of the study suggest that the omicron mutation is more widespread than was shown by the data of the confirmed case.

This study is also evaluated as reconfirming that the monitoring and investigation of sewage can serve as an early warning system to inform the spread of new mutations.

The CDC, who participated in the study, emphasized that the findings are consistent with what scientists know about how fast omicrons spread and where they are most likely to appear first.

The New York Times, however, noted that the study was not conclusive evidence that Omicron was present in these cities.

Many mutant traits possessed by Omicron have been found in sewage, but it has not been proven whether they were all in the same genome.

Doctors confirmed that she was sterile, so she became pregnant in an unimaginable way