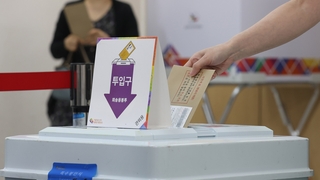 Today is the second day of early voting for the June 1st local election.

Voters have been pouring in from 6 am on the weekend at the polling place.

Let’s connect with reporters who are on the scene.

Reporter Hwa-Young Lee, how is the atmosphere on site?

Yes, I am listed at the early voting booth at the Sangam-dong Community Service Center in Seoul.

On the weekend morning, after a good night’s sleep, the number of citizens who came out to exercise a precious vote is continuing.

Some citizens were also seen taking photos outside the polling station.

Early voting will be held from 6 am to 6 pm, just like yesterday.

In Seoul, 10.09% was slightly below the national average.

Advance voting is possible anywhere in the country as long as you have an ID.

Be sure to bring a photo ID, such as a national ID card or driver’s license.

Today, even those who are infected with Corona can vote.

It takes place between 6:30 pm and 8:00 pm, and you must bring the original PCR or rapid antigen test positive notification letter with your name on it.

You are allowed to go out from 6:20 for voting.

However, you may enter the polling place only after all votes by ordinary voters have been completed.

Voting is the same as for ordinary voters, just put your ballot into the ballot box.

Until now, this is Yonhap News TV Lee Hwa-young at the advance polling place in Sangam-dong, Seoul.

Egypt .. The accused of killing a family inside a farm in Sheikh Zayed makes sensational confessions .. and reveals the reason for committing the incident

“Chicharito” breaks when talking about his children: “I have experienced a lot of pain”