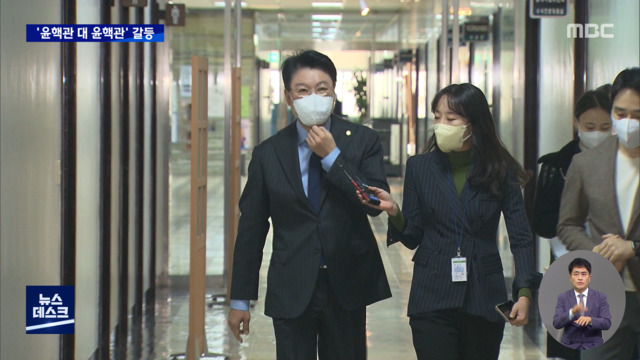 Another controversy has arisen within the party as a gathering of pro-senator Yoon Seok-yeol within the People’s Power will be launched next week.

It is a gathering called ‘Dandelion’ promoted by Rep. Jang Je-won, a so-called Yoon Hak-kwan, a key close aide to President Yoon Seok-yeol.

Dandelion gathering, which announced the launch next week, saying that it will serve as a communication channel for the success of the Yun Seok-Yeol government.

Rep. Jang Je-won and more than 30 pro-Yun-seok-yeol members of the People’s Power have expressed their intention to participate.

However, another floor leader, Yoon Hee-kwan, Kwon Seong-dong, was concerned about division within the party and publicly expressed his opposition.

“The function that was originally advertised is that the party government office will perform the same linkage function that it did in the past… It has already been formed. Organizations with similar functions that do not correspond to that are private organizations.”

However, Rep. Jang Je-won countered in a phone call with MBC, saying, “It is a pure meeting of lawmakers that anyone can participate in,” and “It is a meeting for unity of the party, not division within the party.”

President Yoon only stated that he would watch it for now.

“What’s the conflict? Isn’t that what politics is all about? And the president is the president of the country, not the head of a party…”

It is said that there were no discussions about internal conflicts or dandelion meetings at the luncheon with the party leadership.

In the midst of this, Rep. Jeong Jin-seok posted a framed picture of ‘Soi Budap’, which means “I only smile and don’t answer”, on social media when CEO Lee Jun-seok even wrote the expression ‘chutae’ and criticized him.

Conflict continues, with CEO Lee arguing that posting a message saying he will not answer is not the answer.

This is Lim Hyun-joo from MBC News.

Towards more zoonoses, with the risk of new pandemics