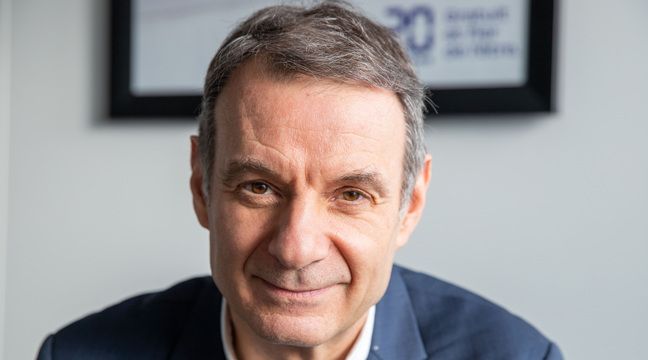 Cevipof (Sciences Po Center for Political Research), where Bruno Cautrès and Thomas Vitiello work, has developed interactive political positioning tools that are offered to readers and Internet users of 20 Minutes during major elections. For 2022, researchers have created “Vox populi – The Index of Populism” to measure the impregnation of populist values ​​in the proposals of candidates (declared or potential) for next April’s presidential election. Bruno Cautrès and Thomas Vitiello explain the value of this tool, while populist rhetoric is increasingly present in the political debate.

Why did you want to develop a tool to understand populist values ​​in 2022?

Thomas Vitiello: We made this choice because for a number of years, we have seen the rise of populist currents everywhere in Western Europe and as a result, we have found that the term populism has become a catchword. It was an opportunity for us to try to objectify what was behind this term and to see how it could apply to the various political figures and potential candidates for the presidential election.

Bruno Cautrès: In the field of the analysis of political behavior, populism has become a very important research topic, in particular because tensions on democracy, driven by populist rhetoric, are expressed in many countries. The objective was also to develop a tool that meets the characteristics of research to qualify what is populist.

Scientifically, what can this tool bring to the study of the impregnation of populist values ​​within the electorate?

Bruno Cautrès: In a laboratory like Cevipof (Sciences Po’s Center for Political Research), where research has been carried out for many years on democracy in tension, this tool can allow us to better understand the nuances and see what the correspondences . Or, on the contrary, to measure the gaps between what the candidates propose, what they say and what the voters think on the populist scale.

Thomas Vitiello: A tool such as “Vox populi – The populism index” makes it possible to mobilize this tradition of studies of electoral behavior carried out by Cevipof (Sciences Po Political Research Center) and to make it available interactively to a large number of of users. It is a tool that provides an interface between research and the general public.

Isn’t there a risk of trivializing populist values ​​with this tool?

Thomas Vitiello: Populist values ​​do not need “Vox populi – The Populism Index” to be present in public debate. Our tool is a mapping of populist opinions within the country’s main political currents.

Bruno Cautrès: It’s true that by asking people the question: “Are you a populist?” “, we could say to ourselves:” And basically, what could be more banal since today? Everyone is a populist, so am I”… But our objective is to observe phenomena that are taking place and to do it correctly.

Thomas Vitiello: With “Vox populi – The populism index”, we try to talk about the level of populism on certain themes. You can be populist on one topic and not on the other. One can, for example, be very critical of supranational sovereignty, therefore of the European Union, of globalization and yet not call for forms of direct democracy such as referendums or the dismissal of parliamentarians. Populism is a set of positions and a rhetorical style that offers several dimensions and when we look at the political cartography proposed by Vox Populi, political figures claiming to be populists are not in the same place.

The tool “Vox populi – The index of populism” testifies to the cross-party nature of populist rhetoric.

Bruno Cautrès: Indeed, the work of Cevipof for a good twenty years has shown that we can no longer think of French politics in a single dimension in particular, the left-right dimension. And this is no doubt what explains a good part of the difficulties of political formations in securing the loyalty of an electoral clientele.

Thomas Vitiello: To explain why we can find populism on the left as well as on the right, we must bear in mind that it cannot be considered as a structured ideology, but rather as a set of positions or a rhetorical style. It is a set of positions that can adapt to contexts and rhetoric that can range from the radical left to the extreme right. We can also imagine actors considered moderate or centrist, but who would seize on this populist rhetoric at some point because they would find a postural interest in it, for example.

This use of populist accents by politicians seems more frequent in recent years, why?

Bruno Cautrès: Political forces that claim to embody the voice of the people against a political system that is corrupt and incapable of understanding the people is something that has existed for a very long time. The reference on the subject is the work of the historian Pierre Birnbaum The people against the big, where he showed the antiquity in French political life of this rhetoric of the people opposed to big fortunes, to the powerful. But no doubt that in recent years there has been a return of these oppositions and their use among political personnel.

Thomas Vitiello: Indeed, populism is as old as representative democracy. By definition, the latter consists in delegating the power of the people to representatives, so there have always been voices to say that this delegation was imperfect and that we lost something in the fact of being represented. Cyclically, we have seen populist surges. But, in the more recent period, many populist signals start from the end of the 80s and the middle of the 90s in very many European democracies. We then see the birth of criticism of the functioning of democracy by political forces whose objective is the conquest of power, in particular with in France a phenomenon like that of the National Front which has become the National Rally. More recently, political figures who belong to political families considered to be moderate have appeared to use populist rhetoric: during the 2007 presidential campaign, Nicolas Sarkozy developed anti-elite rhetoric because he did not did the same schools as previous Presidents or Prime Ministers. After the referendum on the European Constitutional Treaty, Jean-Luc Mélenchon left the Socialist Party and gradually created the Left Party and theorized left populism.

Bruno Cautrès: From the early 1990s, the percentage of people agreeing with the idea that politicians are disconnected from their voters continues to rise. During the 1990s, it was explained to the French that the world was changing with the Maastricht Treaty, with the coming euro, against a backdrop of severe economic recession, the Gulf War, in particular. There is a succession of events that have overlapped and are difficult for voters to decipher. And perhaps a good opportunity for personalities to position themselves as going against the system. The figure of Philippe de Villiers emerges at this time: he slams the door of the senior civil service, launches the Puy du Fou adventure and advances in his anti-European discourse. This period will be punctuated by the declaration of Jean-Marie Le Pen on the evening of April 21, 2002, when he qualified for the second round of the presidential election, which he addresses to “You the little ones, the ungraded…”.

Bruno Cautrès: In the success of populist formations, there is the phenomenon of the leader. And there again, this system can be observed in very many countries where a populist political force is enjoying electoral success: Viktor Orban, in Hungary, Silvio Berlusconi, in Italy, for example. This question of leadership can potentially disrupt what is called in electoral sociology partisan alignments.

Today, we have not fully entered the campaign since all the candidates for the election have not declared themselves. But what do you foresee that is unique in this campaign?

Thomas Vitiello: What surprised me was the proliferation of candidates for the far right, from Marine Le Pen to Eric Zemmour. If we look, 20 years ago, at what level was the National Front, few people would have imagined that the National Rally would be overwhelmed by its right today.

Bruno Cautrès: What is astonishing is the absolute inability of the left to emerge on the one hand, particularly on the themes of ecology and the environment, even though the level of concern for the climate and the feeling of living in an unjust society, marked by social inequalities, is very important in France. The left parties find themselves in a preposterous situation with a multiplicity of candidates, without finding the person who would manage to transcend the differences, considerable on the left. But I think the campaign will really start with the expected candidacy of Emmanuel Macron. Why does he want to serve a second term? This is the main question that the French ask themselves. What can he do if he is re-elected? Does he want to reform in the same directions as he said five years ago?