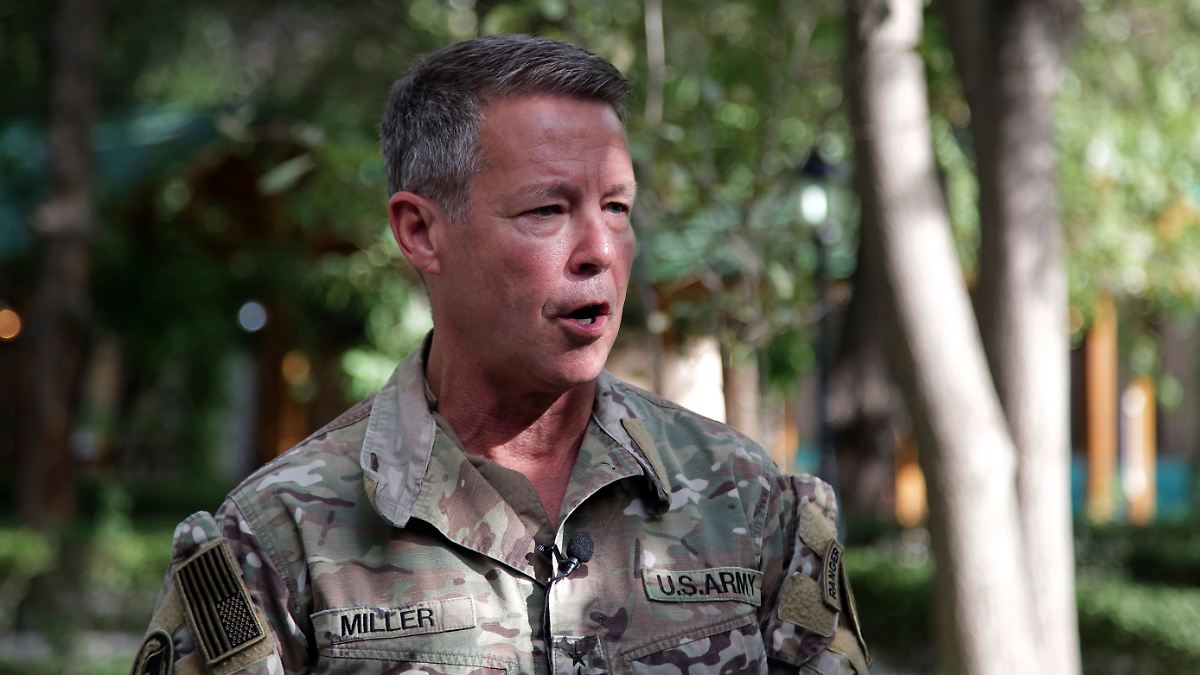 “You must stop all violence”

US threatens Taliban with air strikes

The last Bundeswehr soldiers have just left Afghanistan. The withdrawal of the US military is also underway. The Taliban are filling the power vacuum and conquering more and more territories. But the US does not want to accept that at the end of the mission: They threaten the Islamists with air strikes.

The commander in chief of the remaining US forces in Afghanistan has threatened the advancing Taliban with air strikes. “What I would like to see are no air strikes, but to avoid air strikes you have to stop all violence,” General Scott Miller told reporters in Kabul. The Islamists would have to stop their offensive in numerous Afghan provinces.

Since the US began withdrawing troops from Afghanistan in early May, fighting has increased significantly, especially in rural areas. According to their own statements, the Taliban have conquered over 100 of the country’s 400 districts. Such claims by the Taliban are often denied by government officials and are difficult to verify.

According to experts, one of the main reasons for the Islamists’ military successes is the lack of US air support for the Afghan ground forces. According to General Miller, the remaining US military in the Hindu Kush still has the capacity to carry out air strikes against the insurgents.

Worry about the fall of Kabul

The US commander admitted that the loss of territory by the Afghan government troops had a negative impact on the general security situation in the Hindu Kush. The Taliban recently captured an important border crossing with Tajikistan in the north and other districts around the strategically important city of Kunduz. They have now circled almost all of the country’s major cities.

US President Joe Biden has announced a complete withdrawal of troops from Afghanistan by September 11th at the latest. The withdrawal of NATO troops has also been underway since the end of April. Observers fear that the Taliban could then take the capital, Kabul.

The Bundeswehr ended its mission in Afghanistan, which began almost 20 years ago. The last remaining German soldiers of the NATO mission “Resolute Support” were flown out of the field camp in Mazar-i-Sharif by the air force at 9:24 pm. The soldiers of the Special Forces Command (KSK), who were relocated to the north of Afghanistan to secure the camp, were also on board the aircraft. The soldiers are expected to land in Germany on Wednesday.