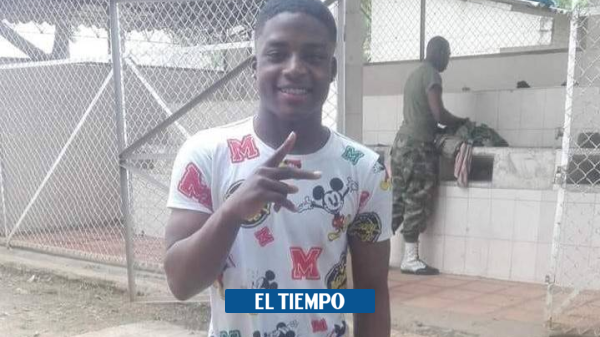 The family of Anderson Arboleda, an Afro-descendant from Puerto Tejada, northern Cauca, is demanding justice for the young man’s death, caused after being hit in the head in the middle of a police proceeding.

The fact was disclosed this Monday in a publication on social networks of the singer Goyo, of the group ChocQuibTown

(We recommend you read: Spanish teacher was rescued and narrates how he ended up living on the street)

According to those close to him, Anderson went out on Saturday, May 23, during the quarantine, to leave one of his brothers where a family member and when they arrived at the door of their house, two uniformed men put a summons on him.

The 21-year-old protested and they hit him five times in the head with “balls”, which left him very dizzy, according to the testimony of his relatives.

“After what happened, he went to the police station to claim why he had assaulted him if he had done nothing wrong. Then he returned home and began to feel very bad, saying that his head hurt a lot. We took him to the hospital and his condition worsened and they had to take him to the Valle del Lili clinic in Cali, “reported one of the victim’s aunts.

(Also read: The revealing account behind the disappearance of three young people in Casanare)

On the day of the burial, neighbors wearing white T-shirts and banners protested and called on local, departmental and national authorities to prevent such cases from happening again.

“He was a good boy, he was not aggressive, he stayed at home. We want to raise a voice of protest, that acts like these that police officers have been committing, what they do is smear the name of the institution. We ask for justice for this and all cases of abuse of authority, “said the friend.

(You may be interested in: The Colombian Pacific is in check because of the coronavirus)

Exercises for long hours of study and work | Economy