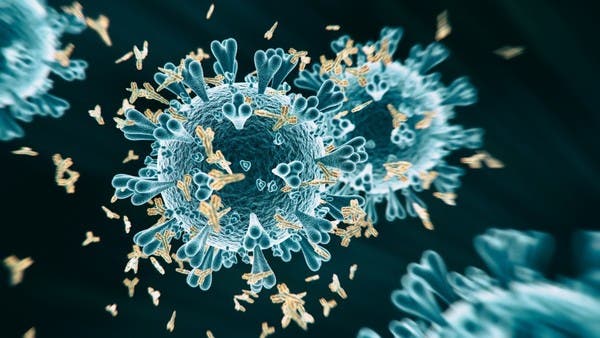 A study published in the Journal of the American Medical Association revealed that young adults have Corona virus antibodies The Oregon Health & Science University research examined 50 participants who received their second dose of the COVID-19 vaccine two weeks ago, stratified participants according to their age, and then tested their blood serum for: Antibodies produced by the original coronavirus strain And one variable, according to a report by the Times of India.

The results of the American study revealed that people in their twenties have responses to antibodies 7 times stronger than people over 70, and data collected from the study indicated a linear progression of lower antibody levels from younger to older participants.

The emergence of new variants of the Corona virus raised questions about the effectiveness of vaccines given against the virus, as cases appeared in which people who were fully vaccinated showed positive results for the delta and lambda viruses from Corona, and the fact that experts confirmed is that vaccines do not provide complete protection against the virus, but they reduce Chances of contracting the virus or reducing the severity of the disease in case of infection again with any of the strains of Covid-19.

Experts explained that it is very difficult to determine who has more antibodies after vaccination or who are more likely to be infected again, but a recent study on this topic revealed that the immune response to the virus depends on several factors, one of which is age.

The co-author of the study explained that despite the low level of antibody response among the elderly, vaccination is still important, and that vaccination is the only way to stay safe and reduce the risk of complications against the virus compared to natural infection.

It is noteworthy that getting a vaccine is the only way to protect against serious complications from Corona, and vaccination is especially important for the elderly because their immune system is weak and they need more protection.

The Corona virus has caused the death of 4,156,164 people in the world since the World Health Organization office in China reported the emergence of the disease at the end of December 2019, according to a census conducted by Agence France-Presse based on official sources Sunday at 10:00 GMT.

The United States is the country most affected in terms of deaths, followed by Brazil, India, Mexico and Peru.

The World Health Organization, taking into account the excess mortality rate directly or indirectly related to Covid-19, considers that the outcome of the epidemic may be two or three times greater than the officially announced outcome.