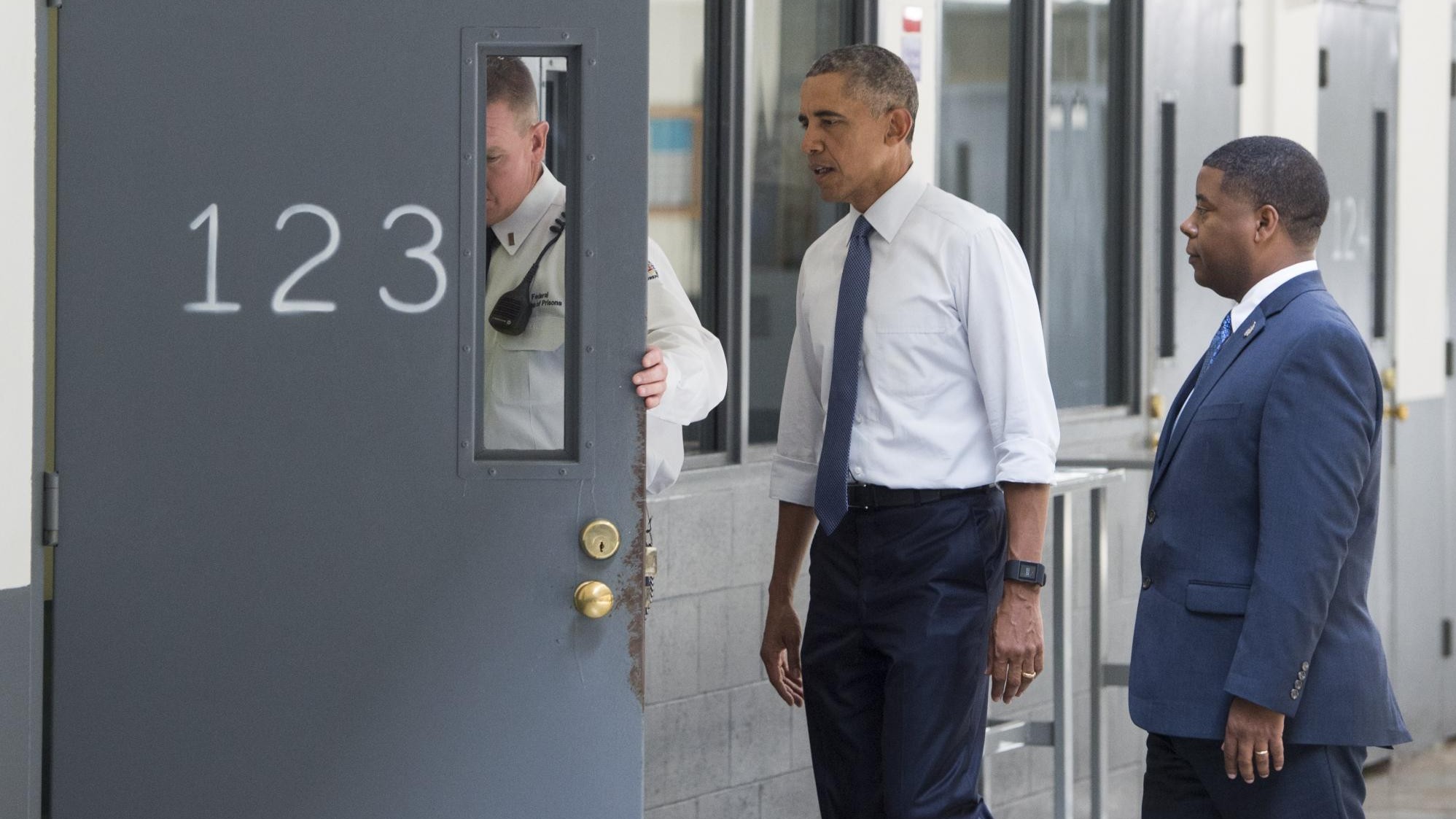 At the age of 17, Christopher Peeples ended up in a prison in the US state of Georgia, in the deep south of the USA. Today he is 26.

For robbery with a gun, he received the statutory minimum sentence of 10 years in prison, he says. He can go home again in 18 months. He and a friend broke into three houses at the time. The two teenagers stole computers, jewelry and money. During one of the burglaries, Christopher Peeple’s friend threatened the residents of the house with a gun.

America’s prisons are full, overflowing with people like Christopher Peeples serving high minimum sentences – many of them for drug offenses. More than two million inmates are currently being held in US correctional facilities; nearly a quarter of all prison inmates worldwide.

President Barack Obama agrees that the reason for this is that the penal system is in need of reform:

“How can we address the issue of these ridiculous mandatory minimum sentences?”

In an interview with the US broadcaster NPR, Obama described the practice of the high statutory minimum penalties as ridiculous. Ridiculous – and above all outdated, because such a long period of imprisonment, especially in the case of young people, is primarily used for punishment and not for rehabilitation.

In fact, aspects such as upbringing and rehabilitation play a rather minor role in US criminal law to this day.

“Our attitude has been for a long time: we lock up the prisoners, throw away the key and don’t care about what happens in there.”

Bruce Lee has worked in the correctional system for more than 30 years. Today he is the warden of Walker State Prison, where Christopher Peeples is also being held. Lee is a witness to failed correctional policies in the United States.

Many prisoners are repeat offenders, he says. According to statistics, 67 percent of all prison inmates re-offend within three years of their release. In Germany, the recidivism rate is 35 percent. Lee is convinced that if there were more accompanying training and rehabilitation programs, fewer inmates would reoffend.

That should change now. President Obama’s Justice Department has already advised prosecutors not to always insist on maximum sentences, especially for drug-related offenses. And 29 states in the US including Georgia are working on reforming their penal system.

Bruce Lee’s prison is a showcase project. He has been working on converting his prison for almost two years.

Walker State Prison is idyllically nestled in an Appalachian Valley in northern Georgia. Through the double barbed wire, the approximately 400 prisoners have a wide view of the mountains – a jail with a view, and a long list of applicants who want to serve their sentences here. No wonder, says Lee.

“This is a 180-degree turn from the old policy. This is about getting back into society, from day one. There are drug counseling programs that have already proven effective, but there are also motivational seminars designed to help inmates to change her life.”

And not only morally, but also very practically: The inmates in Walker State Prison can do state-recognized vocational training during their imprisonment. This is not yet a standard in American prisons. But the offers are limited, geared to the concrete and short-term needs of the industry.

And that’s why Christopher Peeples is now also a welder. A profession that is currently in short supply in the USA. According to an industry study, 300,000 welders are needed.

“Actually, I would much rather be a computer programmer, something with IT, but as a welder I have better chances of getting a job.”

Experts also say that steady work reduces the risk of recidivism. However, the turning point in the penal system is not only due to a sudden awakening of social awareness, but primarily to economic pressure, says Michael Leo Owens, professor of political science at Emory University in Atlanta.

“The development is clearly financially motivated. States spend a ton of money to lock people up. We can’t go on like this.”

The turnaround in the American penal system is beginning to bear fruit: the number of inmates in Georgia, for example, has fallen by 3,000. Other US states are also having small successes, says Owens.

“Of course, you can’t do that by simply opening the prison gates and releasing the inmates. Rather, the law enforcement authorities no longer punish minor crimes with imprisonment immediately, so fewer people end up in prison.”

In particular, Owens points to the initiative of some states, which have abolished prison sentences for minor drug offenses and replaced them with strict probation requirements. President Obama now wants to push the reform of the penal system even further at the national level.

“We now have a chance to have a broader discussion on the issue because there are also some Republicans in Congress who want to address the issue of high minimum sentences and the need for rehabilitation programs.”

And for the remainder of his presidency, he says he will do whatever it takes to further reduce the inmate population in America’s prisons.