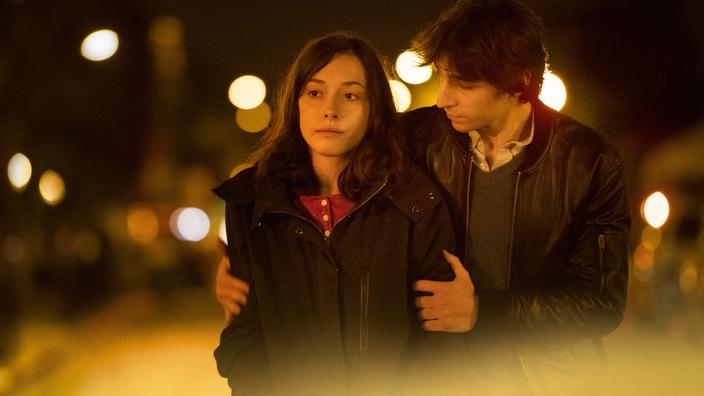 The director of Brio transposes the successful novel by Karine Tuil in which a brilliant young man is accused of rape and entrusts the leading role to his son Ben Attal. In theaters on December 1st.

“It was very painful to see him so convincing in such a role that was unlike him”, confided to Figaro Charlotte Gainsbourg commenting on the acting performance of her eldest son Ben Attal in Human things, directed by his companion and director of Brio Yvan Attal. The first trailer of this adaptation of the successful novel by Karine Tuil, crowned two years ago with the Interallié prize and the Goncourt prize for high school students, indeed suggests a painful and poignant reflection on the notion of consent to be discovered in room on December 1st.

Ben Attal lends his features to Alexandre Friel, the only son of a family of Parisian intellectuals with a bright future and finishing studies at Stanford. He has everything to make the pride of his mother Claire (Charlotte Gainsbourg), feminist essayist and his father Jean (Pierre Arditi), flagship political journalist and womanizer who clings to his seat as presenter. Overnight, this facade crumbles when Alexandre is accused of rape by Mila (Suzanne Jouannet), a young girl from a modest ultra-Orthodox Jewish family and daughter of her mother’s new companion. Alexander protests his innocence. Despite the lack of support from those close to her, Mila decides to take the case to court. The two young protagonists and their relatives will see their lives, their convictions and their certainties shattered.

Like the series The Affair, Yvan Attal’s drama is divided into three parts which adopt his point of view, then her, then the trial. Screened out of competition at the Mostra and at the American festival in Deauville, Human things shows the torture of such cases where it is word against word, where the life of the victim is scrutinized as much as that of his executioner, where the interrogations are heavy with prejudices and patriarchal biases. The flaws in male education emerge in the background, where virility, desire and prowess take precedence over everything, where seduction is seen as a balance of power, where the notion of consent is more than approximate. So many themes, captured with nuances, which resonate with the news post #MeToo.

The Literary Figaro had welcomed the release in bookstores of Human things in these laudatory terms from the pen of Isabelle Spaak: “Karine Tuil especially confronts us, in her ninth novel, with the paradox of existences armored with principles and their opposition to reality. What do we protect ourselves from by protecting others ?, asks the author through the voice of Claire Farel. “All her life she had only acted in contradiction to the values ​​she publicly claimed to defend. That was violence: lying. ”»