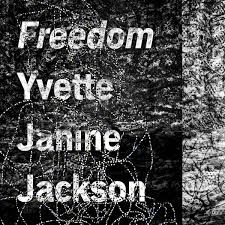 When talking about radio plays, most people think of snoring programs in the public broadcasting sector. But the format not only has an exciting history, it also has a no less interesting present. Yvette Janine Jackson presents two proofs of this with FREEDOM.

“Destination Freedom” tells the story of the emancipation of the black US population with dramaturgically masterfully arranged musical means – field recordings of water and wind, drones, atonal strings and noise. It ends on a slow-motion hip-hop beat, accompanied by opera-like singing.

“Invisible People” contrasts Barack Obama’s statements on the legalization of marriage between homosexual couples with statements by religious hate preachers or internet trolls, which are framed by free jazz. Politically discursive and urgent: Jackson’s radio plays are not only musically exciting, they are also an important contribution to the debate.

On the 1st anniversary of his death: Arte shows George Michael’s “Freedom” documentary on TV and as a stream

Video: Beyoncé surprises at the BET Awards with a performance by “Freedom” – and Special Guest

“Queen B” opened this year’s presentation of the “Black Entertainment Television” awards with a song from their current album LEMONADE.

Refused are already planning their next album

In terms of content, the Swedish band around singer Dennis Lyxzén has talked a lot about the current refugee crisis in the past few weeks.