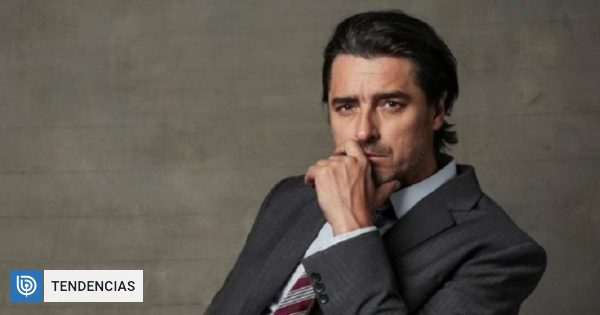 The actor Jorge Zabaleta (51) affirmed that some Chileans “do not like” successful women and, presuming that his statements would be controversial, asked his detractors to “come in five” to refute him.

The statements came in the online program Short story, in which you share space with the animator Francisco Saavedra and they had the comedian as a guest Pamela Leiva.

It was she who, in the middle of the conversation, recalled their media separation after a year of marriage. The big problem: she ended up paying for the big party with a monthly fee of 300 thousand pesos for five years.

After recalling the story, Zabaleta asked for a few seconds to explain his position. “I am going to say one thing, the Chilean in general, and come five by the hueones, here I wait for you, the average Chilean does not like the woman who does well.”

“Whore that costs them an empowered woman, owner of her life, with her lucas, with her hit, with her company … it burdens her,” he added.

Later, he asserted that “the way that Chilean men have to submit women is through the lucas. Like the thing about getting home and hitting the table. That is the hueá that carries me ”.

“What happened to you, Pame, has happened uf, I know, to all these women who are doing well and the first thing men do is tear themselves away. They shit with fear. Come five, hueón! ”, He reiterated, challenging those who deny it.

Leiva wanted to end the issue, noting that, finally, “everything is for the better. Look how I’m doing, daddy. Better than ever”.

Check out the program here:

Recall that in April 2020, after passing through Mega, the interpreter began a temporary retirement from television.

“I ended up very tired last year. I already came with a strong accumulated fatigue, because I did many things at the same time. Between the time I did radio, I built the hotel (he refers to the hotel in San Pedro de Atacama that opened at the end of 2018), I did teleseries. In other words, it was too strong and it passed the bill to me, “he said in conversation with Nataly Chilet.

The actor recounted a complicated experience he had in the recordings of the television series Juegos de Poder, admitting that he constantly forgot some scripts.

“More or less in the middle of Games of Power there were days that I did not remember a line of text that I had to say. Because the lyrics didn’t fit me, it had a lot of text and it was impossible to say it, ”he explained.

This is why, finally, Zabaleta chose to lower her workload and have more free time.

“It happens to a lot of people. I spent two or three years that I did not have a single day off and it just happened to me. Then, when the body begins to ask you to stop and you ignore it, it begins to give you stronger signals, ‘stop, stop, stop’. And you start with drowning, with panic attacks, well, “he said.