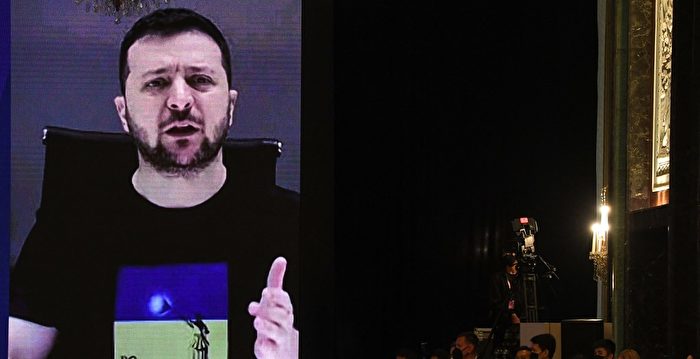 19th in Singapore on SaturdayShangri-La DialogueAt the Security Summit,ZelenskySpeaking via video, he then answered a question from Rokin about how to respond to China’s economic and military coercion against Taiwan.

“I think the example of Ukraine today is the example of the whole world. The world must always give its support and take any pre-emptive action to avoid war,” Zelensky replied.

“No one benefits from (war) except some political leaders whose ambitions cannot be met by the status quo. So their appetite and ambitions are growing,” Zelensky said, without naming Chinese President Xi Jinping.

“The world feeds the appetite of (such) leaders, so we need a diplomatic resolution to support countries in need,” he said.

The example of the Ukraine war shows that when violence occurs, the costs are staggering. Every effort must therefore be made to find a diplomatic solution, if possible, to avoid an outright conflict, Zelensky said. But at the same time, he said, the international community must intervene before tensions spill over into violence (war) to ensure that a smaller country can fend off an aggressor.

“We can’t let them be at the mercy of another country that is more powerful financially, territorially and in weapons,” Zelensky said. “So if there is a diplomatic way out, we need to use it. But it has to be a pre-emptive one. the way it was, not the way it was after the war began.”

“Don’t start (the settlement) after the war has started, because there are thousands of victims (of the war). This war is not good for anyone except the ambitions of some people.” Zelensky emphasized.

The Chinese delegation left the hall during Zelensky’s speech, according to Olivia Enos, a senior political analyst at the Center for Asian Studies.

On Sunday, local time, the Chinese defense ministerWei FengheexistShangri-La DialogueIn a keynote speech at the meeting, when talking about the Taiwan issue, Wei said that Beijing’s position on the Taiwan issue has not changed, and Beijing regards Taiwan as a province. He said the Chinese government seeks “peaceful reunification” with Taiwan but retains “other options.”

He also said, “If someone dares to split Taiwan out, we will do whatever it takes to fight.”

On Friday, U.S. Defense Secretary Lloyd Austin met withWei Fenghe, During the meeting, the two sides confronted each other on the Taiwan issue. In the article, Rokin wrote that, according to a U.S. official, Austin confronted Wei over China’s growing threat of intimidation against Taiwan and undermining the long-standing but fragile status quo, and refuted China’s assertion that the Taiwan Strait is owned by Beijing. owned arguments.

“We have witnessed a steady increase in provocative and destabilizing military activity near Taiwan, including a record number of Chinese military aircraft flying near Taiwan in recent months — almost every day,” Austin told the Shangri-La Dialogue on Saturday. “Maintaining peace and stability across the Taiwan Strait is not just an American interest. It is an issue of international concern,” said in his keynote speech.

Although the CCP firmly denies that the situation in Ukraine and Taiwan is linked, several Asian leaders at the Shangri-La Dialogue said that Russia’s invasion of Ukraine was a warning to the Taiwan Strait, as China could attack Taiwan.

“The Ukraine of today may be the East Asia of tomorrow,” Prime Minister Fumio Kishida said in a speech at the meeting on Friday night.

Zelensky: The human cost of the Severdonetsk battles is ‘appalling’