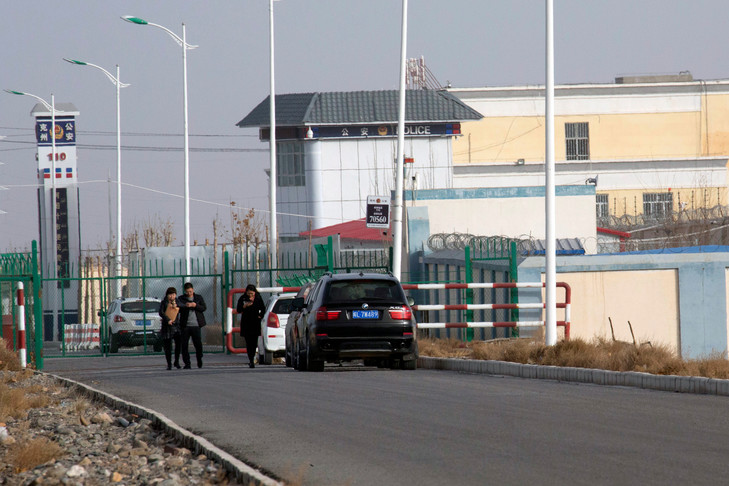 A capable, brilliant man on the orders of the Chinese Communist Party (CCP). When violent protests began to erupt in Xinjiang a decade ago, the central government became frightened and appealed to a singular leader: Zhu Hailun, a Han Chinese who spoke the Uygur language perfectly, a rarity.

The dantesque world of labor camps in Xinjiang

In the mass of confidential documents revealed Monday, November 25 by the International Consortium of Investigative Journalists (ICIJ) detailing the monitoring and settlements of detention camps in Xinjiang, a signature returns permanently, that of Zhu Hailun, 61 , retired for a year, who has provided public security services with an iron fist for years.

The ideal man to execute the relentless strategy of Xi Jinping

Chinese leader Xi Jinping is the chief ideologue of repressive planning in the Muslim Uyghur Autonomous Region (Xinjiang). Chen Quanguo, the CCP's general secretary in Xinjiang since 2016 has been the architect of surveillance and crackdown. Zhu Hailun, chairman of the party's powerful public and legal security affairs committee, was the zealous official who implemented them.

In China, evidence of "ethnic cleansing" of Uighurs

His atypical career made him the ideal man to implement the relentless strategy devised by Xi Jinping to transform Xinjiang into what the Uighurs call a "Huge open gulag".

He was born in 1958 in the coastal province of Jiangsu, north of Shanghai. In the turmoil of the cultural revolution, the youngest teenager is sent to the distant Kargilik county of Kashgar prefecture in southern Xinjiang. He will never leave this autonomous region where he grew up and joined the CCP in 1980, at 22 years old.

He climbs the administrative hierarchy after being transferred to several large cities in the province. A Uighur linguist, Abduweli Ayup, interviewed by the Associated Press (AP) in Turkey, where he lives in exile, remembers Zhu Hailun very well, because he worked as an interpreter in Kashgar when he was stationed there. . "When I saw these signatures on the official documents, I immediately felt that they were important. " For him, Zhu Hailun wanted "To have all the power in his hands, everything".

In the 1990s, his excellent command of the Uighur language even led him to correct Uighur interpreters during official meetings. "If you had him on the phone, you would never have imagined that he was a Han Chinese because his Uighur was perfect," also testifies for AP a Uygur businessman in exile in Turkey. "In fact he had grown up with the Uighurs. "

But his reputation was made well before the crackdown launched in 2014. Among the Uighurs with whom he worked, he was more hated than adored. Thus, despite a mixed up education, immersed in Uyghur culture, no empathy has ever inhabited it. On the contrary, he used this "acculturation", putting it at the service of the repression and "ethnic cleansing" planned by the highest authorities of the country.

"He was a very cunning fox, very cunning, like playing with your brain," adds the businessman, who talks about"A key element of the CCP's policy to control the south of Xinjiang (mostly Uygur, unlike northern Xinjiang)". He was the one who ordered the raids in the middle of the night in several villages in the late 1990s. To the point that a small popular song circulated in the region. It started with "Zhu Hailun is coming …".

With this reputation as a local tyrant, it is not surprising that he was promoted to the head of the CCP in the capital Urumqi in the aftermath of the 2009 violence that left 200 dead. The police raids have multiplied, thousands of cameras have been installed and police stations built at all crossroads of the city.

Starting in 2016, Zhu becomes the right hand man for Chen Quanguo, chief of security for the entire region. It sets up the entire surveillance technology system that can identify anyone on the streets. He travels around the region to control the detention centers and labor camps and sets up internal rules for prisoners and guards.

He was the one who led mass arrests. Images from the official Chinese television showed him regularly on his inspection tours in the province. "Chen and come on behalf of the party," adds to the AP the Uyghur businessman, "Zhu knew how to apply the orders".