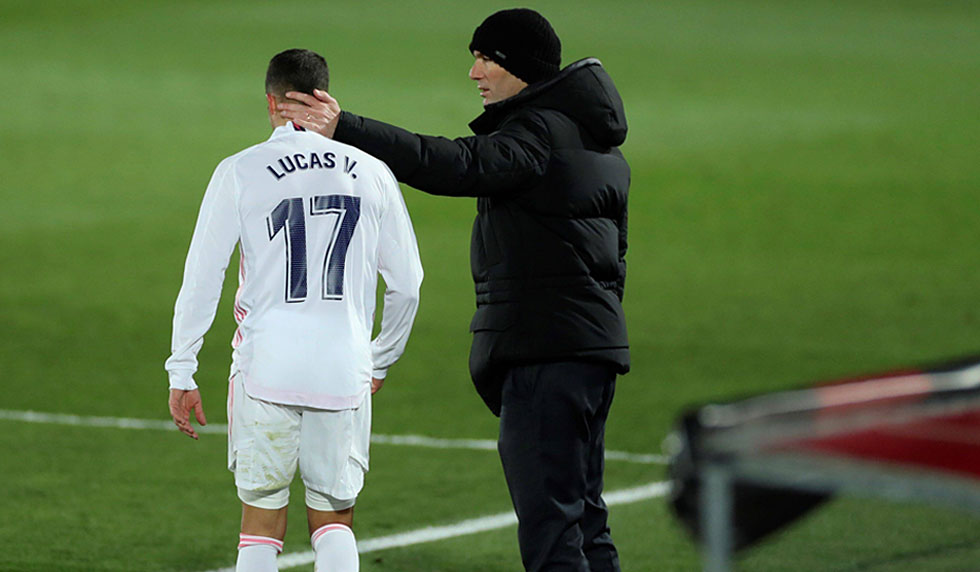 press conferenceReal Madrid got off to a great start into the new year – much to the delight of Zinédine Zidane. After the 2-0 home win over Celta Vigo, the head coach of Los Blancos praised goalscorers Lucas Vázquez and Marco Asensio and a defender.

… the 2-0 win against Celta Vigo: “We played very seriously and in a controlled manner from the first to the last minute. It wasn’t easy, but we are happy that we started the new year like this. It was important that we scored the second goal – not like we did against Elche. If you are in the lead by only one goal, there is always the risk that you will end up conceding one more goal. That’s why we’re going home today with a good feeling. “

… the goal scorers Lucas Vázquez and Marco Asensio: “I’m really happy for Marco because he was injured for a long time and is coming in better and better now. And to Lucas: What he’s doing right now doesn’t surprise us. Not only do I like him, we all like him because he is always on the job and reliable. He always gives everything on the pitch and we appreciate that. I congratulate him, I congratulate Marco, but also the whole team, because every single one of them contributed to the victory. “

… the clarified performance of Nacho Fernández, who represented Sergio Ramos in the defense center: “It’s not like he only played like that today. He always plays like that. So he doesn’t surprise me. He’s an important player and we’re happy to have him because he’s always there when we need him. “ 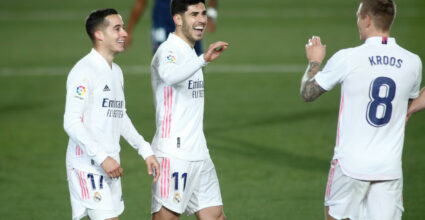 The goal scorers Vázquez and Asensio after the 2-0 home win in the mixed zone. Continue reading

… Eden Hazard, who was “only” substituted in during the closing stages: “He has to get into the rhythm, that’s all there is to it. We have to be patient with him, think step by step. We don’t want to risk anything. “

… the replacement of Karim Benzema in stoppage time: “He wasn’t tired or battered, but we have to have other players too (in this case Mariano Diaz; editor’s note) Give usage minutes. That’s all. We all have to pull together and carry on as before. I already said it after the game against Elche: We are doing well, we are on the right track. Now it’s time to keep working. “

… a possible injury with Dani Carvajal: “No, I do not think so. He was in a bit of pain, but it won’t be serious. “

Register now at bet365 and receive up to EUR 100 betting credits!

Real Madrid got off to a great start into the new year – much to the delight of Zinédine Zidane. After the 2-0 home win over Celta Vigo, the head coach of Los Blancos praised goalscorers Lucas Vázquez and Marco Asensio and a defender.