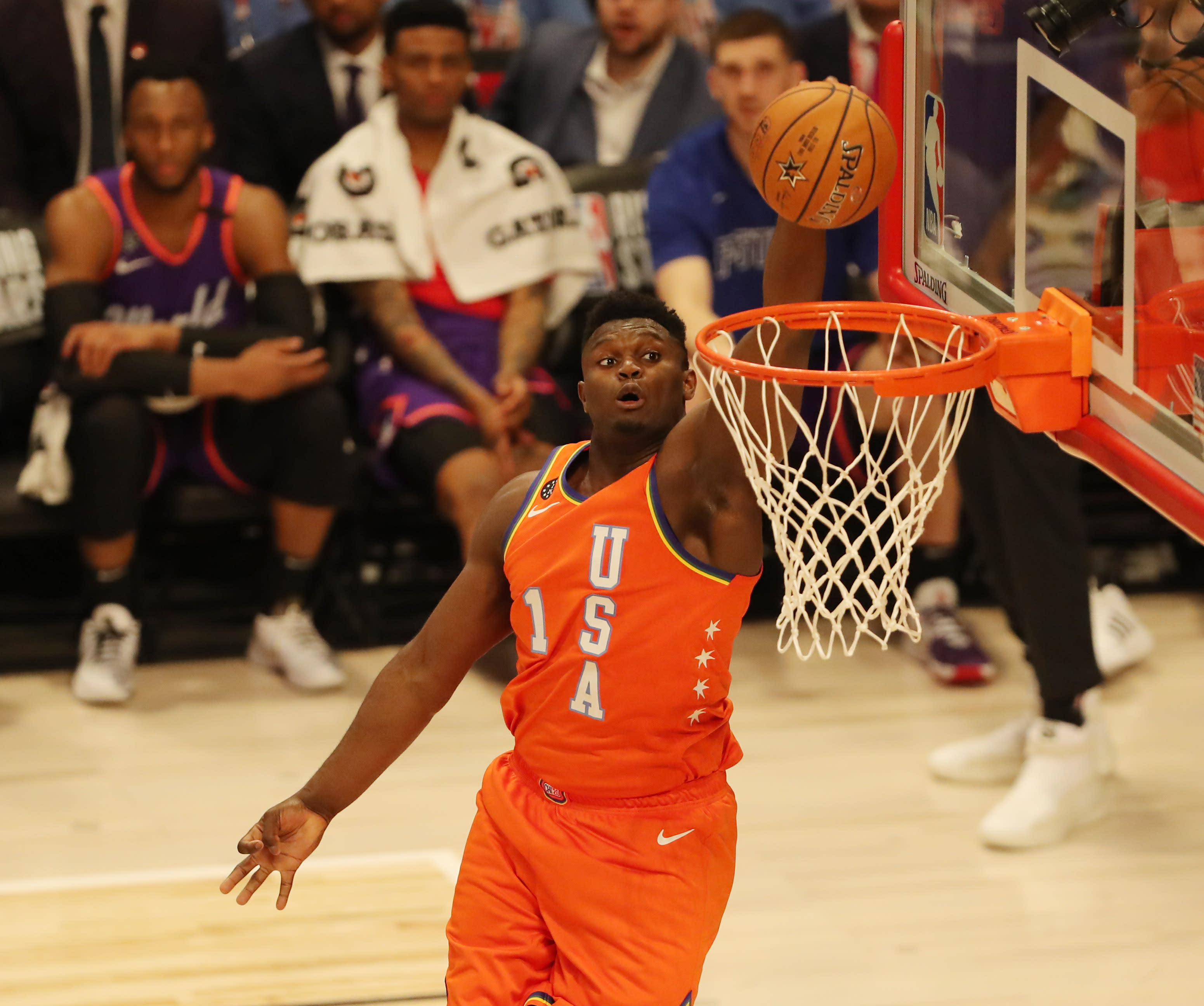 CHICAGO – Zion Williamson’s Monster Dunk in the second quarter of the Rising Stars game on Friday night bent an entire basket – so much so that a half-time repair with a ladder and wrench was required at the United Center.

Williamson took a pass from Trae Young at the end of the first half, pulled the ball back on the left side of the rim and hammered it home. For the rest of the half – about 1:10 – the back board was clearly leaning to the left.

The evidence of Zion’s destructive powers came at halftime. During a musical performance, some arena employees came out with a ladder and some tools. They worked on the basket for about four minutes, pulling it from one side and then the other.

Williamson’s face lit up with a smile when asked about the bent basket after the game. He claimed that he hadn’t noticed it at that point. “I don’t think it was me,” he said with a laugh. But his teammates recognized and told him.

When the teams returned in the second half, the basket was back to normal. However, nothing will ever be able to normalize or neutralize Zion’s power.

“This is not the first rim that he has likely bent or will break during his career,” said Trae Young.

The US team won 151-131 – and the last minute of the game became an undisputed dunk competition. Zion tried three ridiculously acrobatic dunks – but he missed all three.

While sitting in the locker room at half-time, Miles Bridges got out his cell phone and went to Twitter.

Bridges came from the break and took off. He ended the night with 20 points – including 13 in the third quarter – and also threw an insane dunk from the backboard.

The Americans’ 10-point mid-term deficit was soon a thing of the past.

At the end of the night, Bridges’ performance was enough to earn him MVP awards.

Regarding his half-time tweet, Bridges said he didn’t mean much by it.

“I only tweeted this and just tried to be funny,” said Bridges. “It’s ironic that we came out and hit them at 20. We just wanted to have fun, man, and compete in the second half.”

But should players be allowed to tweet during normal games?

“No, you shouldn’t allow twittering during the game,” he said.