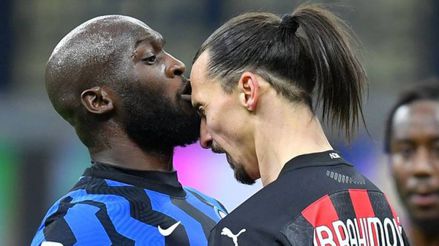 It’s official now. Swedish Zlatan Ibrahimovic, AC Milan forward, and the Belgian Romelu Lukaku, Inter Milan striker, have been sanctioned with a match after the fight they had in the quarterfinal derby of the Italy Cup, confirmed the Italian Serie A League this Friday in a statement.

The Sports Judge of Serie A (First Division) of the Italian League has sanctioned Zlatan Ibrahimovic for a “double yellow card for unregulated behavior on the field and for misconduct against an opponent”, while Romelu Lukaku has been cautioned for non-regulatory behavior on the field, according to the official note.

The Inter player was sent off from Tuesday’s game and will not be able to play in the Italian Cup semi-final against Juventus, while Ibrahimovic the first match of the Cup next season will not be played.

The confrontation between the two players, who have maintained differences for years, finally broke out last Tuesday at the San Siro stadium.

The players faced each other aggressively this Tuesday during the derby and staged a series of insults and disqualifications, before their teammates helped to restore calm.

Both were reprimanded after the fight and Zlatan Ibrahimovic he was sent off for a double yellow for a foul committed at the restart. The derby ended 2-1 for Inter, with a free-kick scored by Danish Christian Eriksen on 97 ‘. (EFE)