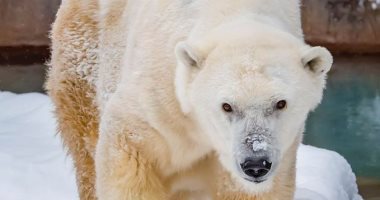 The Milwaukee County Zoo, Wisconsin, USA, carried out the killing and end of life of the oldest polar bear in North American zoos, at the age of 36, and proceeded to the euthanasia of this elderly animal due to his poor health, according to Russia today.

The Milwaukee County Zoo, Wisconsin, announced the news in a statement on its Facebook page, saying: “It is with a sad heart that we announce the death of Snow Lily Bear. Due to the deterioration of her health, she was humanely killed yesterday. She was thirty-six years old, and she was the oldest A polar bear has been involved in human care in North America, and has demonstrated the excellent care provided by her team.”

According to the Association of Zoos and Aquariums in the United States of America, the life expectancy of polar bears that do not live freely is 23.4 years, and that of polar bears that live in the wild, this indicator ranges between 15 and 18 years on average.