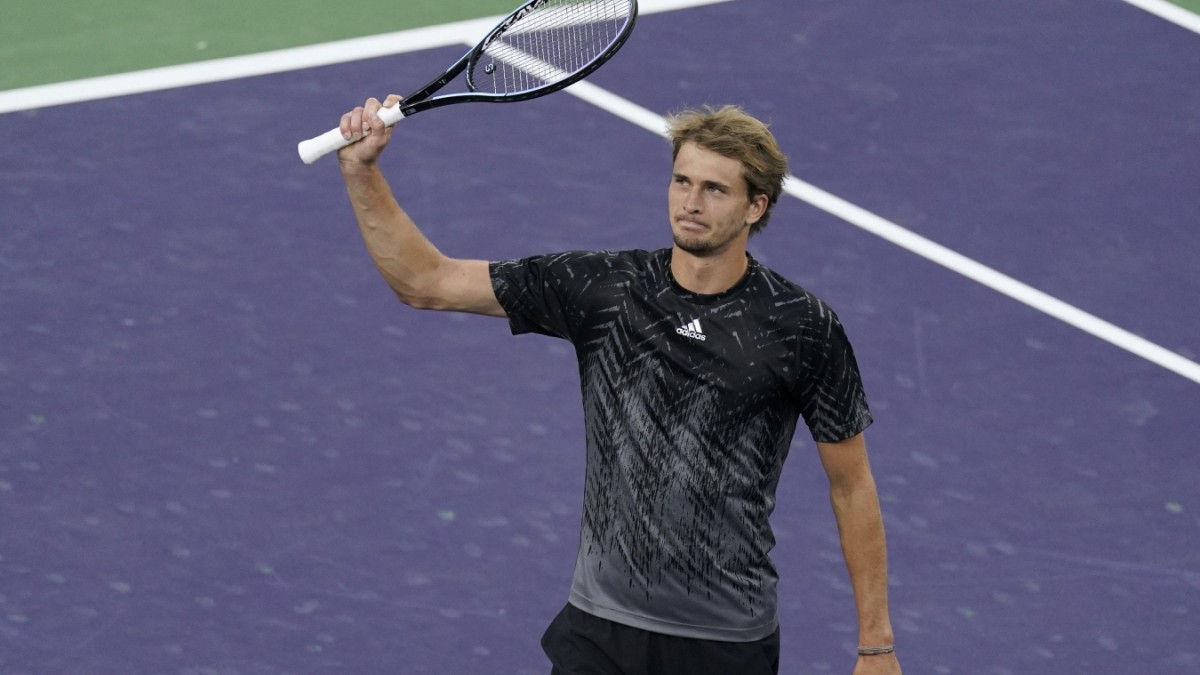 At some point you will have to rename the units of measurement for spectacle in tennis, and instead of “drama of epic proportions” you will simply say: seven out of ten on the Murray scale. The Brit has delivered a few “ten out of ten on the Murray scale” battles, and on Tuesday evening in Indian Wells it looked as if it could be at least an eight – more is not possible in duels over two sets of wins . Opponent Alexander Zverev struck to win the match, but Murray fought back with wild stops and soulful praises that Zverev took or let drip into the field.

The Brit made the break, and as always, he transformed himself from a self-scourging whipped bucket to a whipped wannabe wrestler, and these are often the moments when the opponents break. Zverev did not break, he played routinely like against a wild card recipient – who Murray is because of his injury dramas (ten out of ten on the Murray scale). It was only a five out of ten, Zverev won 6: 4, 7: 6 (4), in the round of 16 he will meet Gael Monfils (France), Kevin Anderson (South Africa) 7: 5, 6: 2 on Wednesday evening had defeated.

It was a good test for Zverev because Murray is still able, despite his history of suffering, to throw himself into such games and deliver spectacular rallies. He plays back balls that others don’t (which is why, by the way, US Open winner Daniil Medvedev complained about his partner on the training field in the afternoon because he made it a little too easy for him), he chooses tactical tricks like stopping or standing in the field on Zverev’s second serve. He had also led 3-0 in the first set and set Zverev the puzzle of even finding the game.

In doubles, Zverev and Jan-Lennard Struff are eliminated

It was the perfect preparation for matches against people like Medvedev, but Zverev is now too good to be in serious danger against Murray – which, by the way, annoyed the British colossally: “I think I wasn’t good. Far too many mistakes . There were good things, but then there were also very bad phases. “

What annoys him: It’s his turn in these games, whether at the US Open against the Greek Stefanos Tsitsipas or then against the Poland Hubert Hurkacz (6: 7.3: 6 in Metz) and the Norwegian Casper Ruud (5: 7, 4 : 6 in San Diego) – but: “I just don’t win it.” on Twitter Murray wrote: “Fuck.”

Zverev’s victory had another special feature: He defeated Novak Djokovic, Rafael Nadal, Roger Federer and Murray, the so-called big four of this era, which is now slowly coming to an end. “It’s something special because not many have made it,” said Zverev: “But the tournament continues.” Zverev immediately ran over to stage 4, for a double with Jan-Lennard Struff. The two lost 5-7, 3-6 against Denis Shapovalov (Canada) and Rohan Bopanna (India). Two out of ten on the Murray scale.