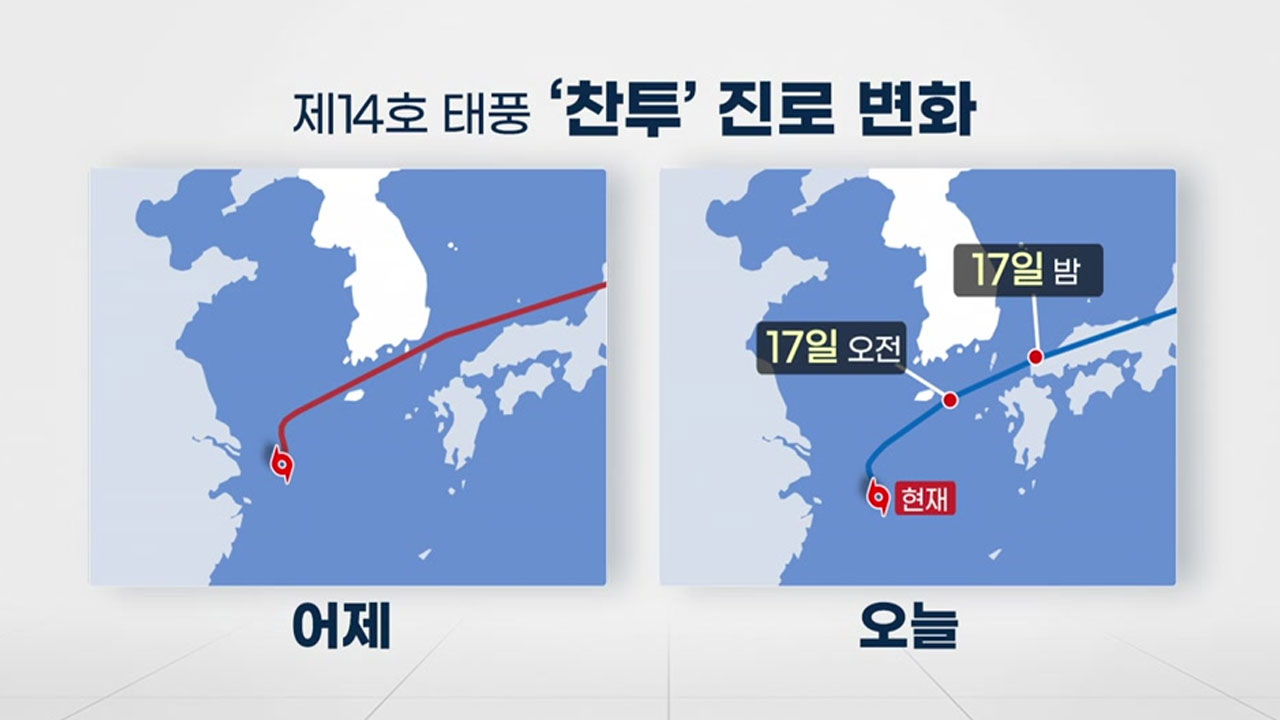 The course has been changed so that the typhoon passes through the south instead of the north of Jeju Island.

The typhoon course has been slightly modified, what does it mean?

The location to enter the South Sea of ​​Korea has changed a little.

This is the predicted course of the typhoon announced yesterday and today.

However, the timing of the typhoon’s effect is similar.

Starting with Jeju Island tomorrow afternoon, the day after tomorrow and on the 17th, Chungcheong and southern regions are expected to be directly affected by the typhoon.

If the course of the typhoon video has been modified, has the forecast of rain and wind due to the typhoon changed?

In the southern coast, the situation is better than yesterday, but in Jeju Island, it has gotten worse.

First of all, the southern coast will pass the location where the typhoon is farther away than yesterday.

As a result, the estimated rainfall has been significantly reduced, revised from a maximum of 250 mm to 120 mm.

However, it is necessary to prepare for wind damage.

In Jeju Island, the situation got worse.

First of all, the rainfall has increased from 300mm to 400mm.

The greatest damage is feared as it is expected to accompany storms of 35 to 40 m/s.

Until now, this is YTN Kim Jin-doo.