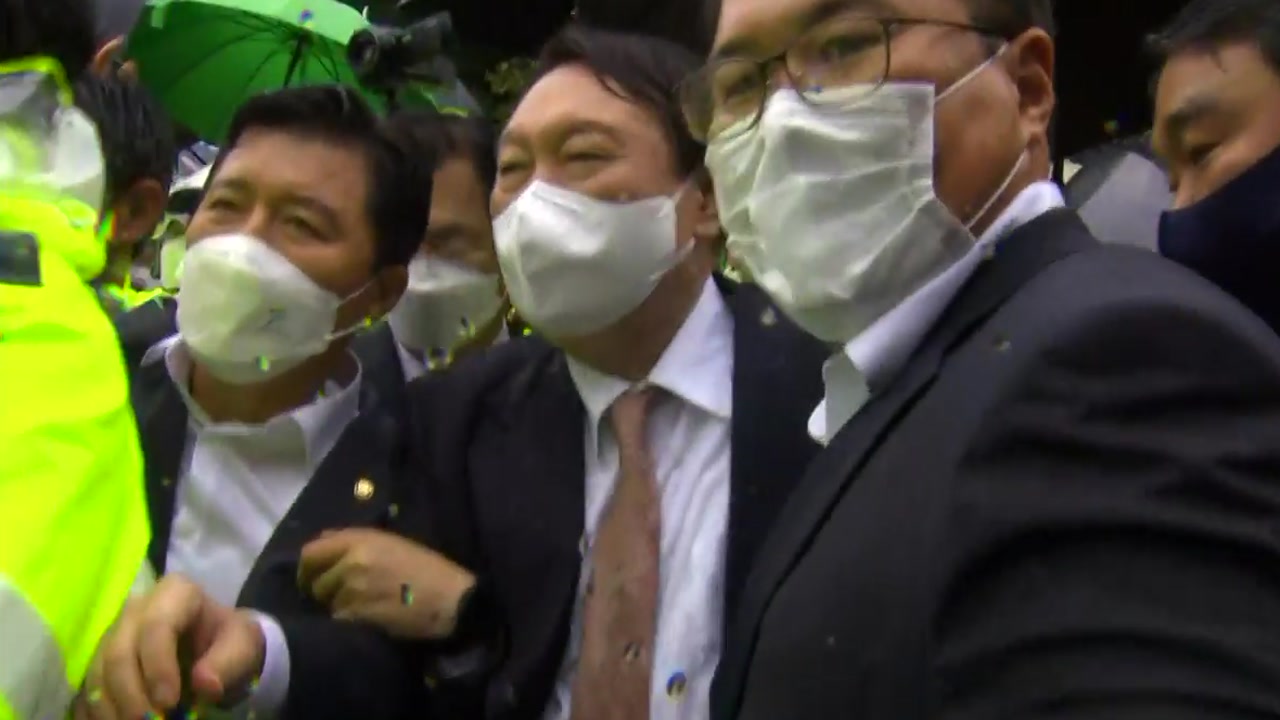 As the names of prominent lawyers in the Gyeonggi-do Jangjang district development project are being mentioned, the people’s power and former CEO Lee Nak-yeon are raising the offensive saying it is a suspicious project.

Former Prosecutor General Yoon Seok-yeol, the presidential contender for the People’s Power, suffered a scandal at the birthplace of Park Jeong-hee, while Rep. Hong Jun-pyo is suffering from excessive remarks about the investigation into the country.

The controversy is getting bigger as the names of prominent lawyers rise over the suspicion of Daejang-dong development by Gyeonggi Governor Lee Jae-myung?

Yes. It was confirmed that former Supreme Court Justice Kwon Soon-il also acted as an advisor at Hwacheon Daeyu, an asset management company for the Daejang-dong development project promoted by Gyeonggi Governor Lee Jae-myung during his time as Seongnam Mayor.

It was also confirmed that the son of former special prosecutor Park and the son of Kwak Sang-do, a member of the People’s Power, worked for Hwacheon Daeyu.

Among them, there are people who are related to the violation of the election law for Governor Lee Jae-myung, raising suspicions.

Former Supreme Court Justice Kwon agreed with the majority opinion in the Supreme Court ruling for violating the Election Act of Governor Lee Jae-myung, which was intended to be innocent.

Kang Chan-woo, former chief of the Suwon District Prosecutor’s Office, acted as an attorney for this case.

In response, former Supreme Court Justice Kwon received a proposal from Mr. A, who was the representative of the legal reporters, to act as an advisor to the company through a statement.

He said that he accepted it after checking that there were no problems with the Public Officials Ethics Act or the Kim Young-ran Act.

Governor Lee Jae-myung also repeatedly dismissed the suspicion of Daejang-dong development, saying there was no dust or corruption at the press conference today.

However, both the People’s Power and Democratic Party presidential candidate Lee Nak-yeon are attacking.

In a commentary, spokeswoman Jeon Joo-hye of the People’s Power argued that this governor was a link and suspected that former Supreme Court Justice Kwon Kwon was rewarded with his advisory post.

He also pointed out that former Suwon Prosecutor Kang, who served as an advisory lawyer for Hwacheon Daeyu, should disclose the details of his employment, etc.

Former representative Nak-yeon Lee continues to point out the morality of the governor.

Former CEO Lee Nak-yeon met with reporters after the policy announcement this morning and said that things that are not common sense are happening.

Democratic presidential candidates will hold the Honam regional primary, the largest battlefield, for two days starting on the 25th after Chuseok.

Governor Lee Jae-myung is targeting Honam for 3 days and 2 nights from today by announcing a special message in Gwangju.

Former CEO Nak-yeon Lee, who promised to widen the difference in votes in Honam, will also visit Honam throughout the weekend from tomorrow afternoon.

You said that former President Yoon was robbed here?

They protested by blocking the entrance to their birthplace and holding up placards and signboards saying Yoon Seok-yeol, who arrested former President Park.

Due to the commotion, former President Yoon arrived at the memorial hall surrounded by police and made a simple worship service, and left without an umbrella, let alone a briefing.

Rep. Hong Joon-pyo, in the first debate yesterday, was put on the defensive due to over-reported remarks about the Fatherland case.

The other candidates are protesting with one voice.

Former Auditor General Choi Jae-hyung appeared on CBS Radio this morning and said that Hong’s remarks that only the representative of the family should have been arrested in relation to the fatherland incident were false.

Assemblyman Ha Tae-kyung also appeared on YTN radio and criticized Hong, saying that it is like holding hands with a thief to attack the prosecutor.

Yoo Seung-min, a former member of the National Assembly, met with reporters after meeting with CEO Lee Jun-seok today and said that Cho was not in a situation to be tolerant.

In the midst of this, Lee Jun-seok, president of the People’s Power, held a press conference on the 100th day of his inauguration a little while ago.

President Lee said that in order to win the presidential election, we need to change our thinking, not the strategy of the past.

In particular, Chairman Lee emphasized the need to shake off unfounded confidence and stop the progress of reforms that the ruling party cannot follow.

So far, this is YTN Park Seo-kyung in the National Assembly.