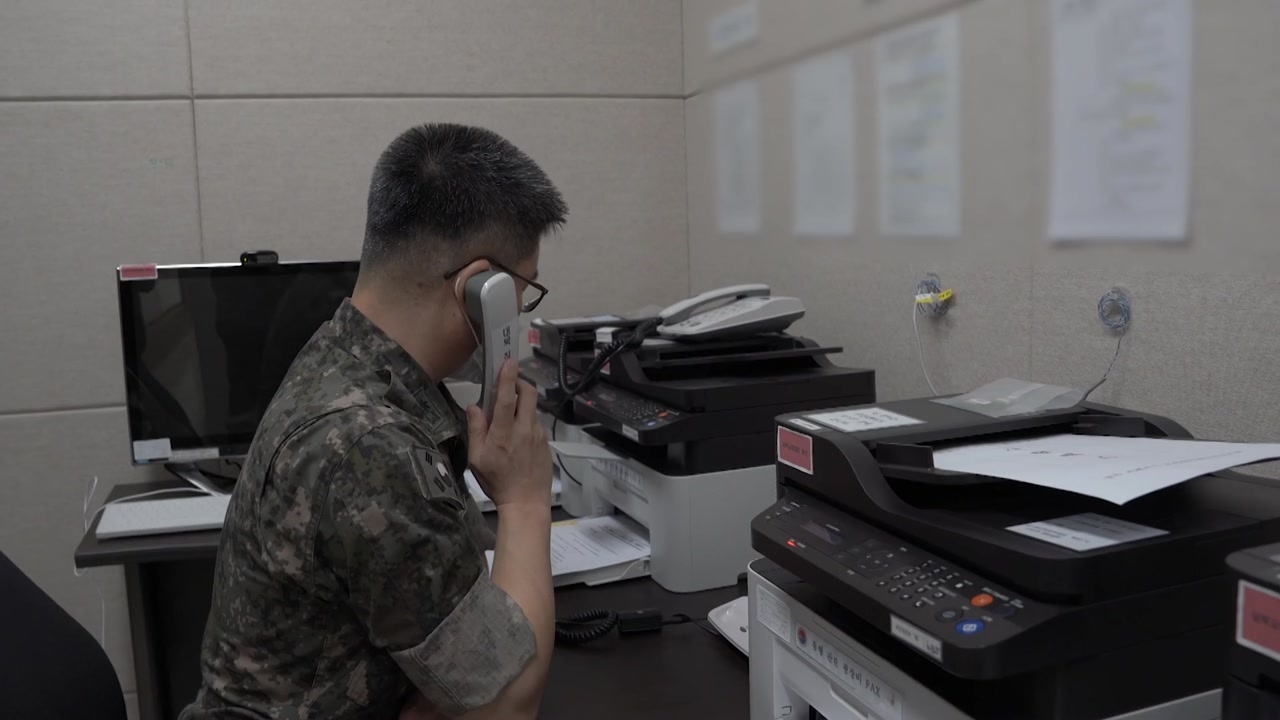 The inter-Korean military communication lines also resumed with a test call this morning.

As a result, it is interesting to see if it will affect cooperative projects for easing tension, such as the implementation of the September 19 military agreement, and the ROK-US combined exercise next month is likely to be the key.

As the inter-Korean communication lines were restored all at once, the communication network between the military authorities was also resumed.

The Ministry of National Defense said that it conducted a test call through the military communication line in the West Sea region and plans to hold regular phone calls at 9 am and 4 pm in the future.

What the military authorities are looking forward to is that the foothold has been re-established for the implementation of the 9/19 military agreement.

Follow-up discussions are expected on the free movement of the Panmunjom Joint Security Area, the joint excavation of Arrowhead Hill, and the joint use of the Han River Estuary.

In the case of the joint excavation of the remains of Arrowhead Hill, the excavation work has already been completed in the southern area.

However, restrictions may apply as long as North Korea, which has closed its borders due to COVID-19, does not open the bar.

Accordingly, the possibility of indirect conversations such as telephone or fax is also discussed.

The South Korea-US joint exercise, which is approaching in the middle of next month, could also be a variable.

Even ahead of the announcement of the restoration of the contact network, North Korea has criticized peace and war exercises as incompatible.

While the ROK and US military authorities are adjusting the timing and contents of the training, weight is being placed on the side where the training will be drastically reduced due to the inter-Korean thawing mode and Corona 19.

This is YTN Kim Moon-kyung.