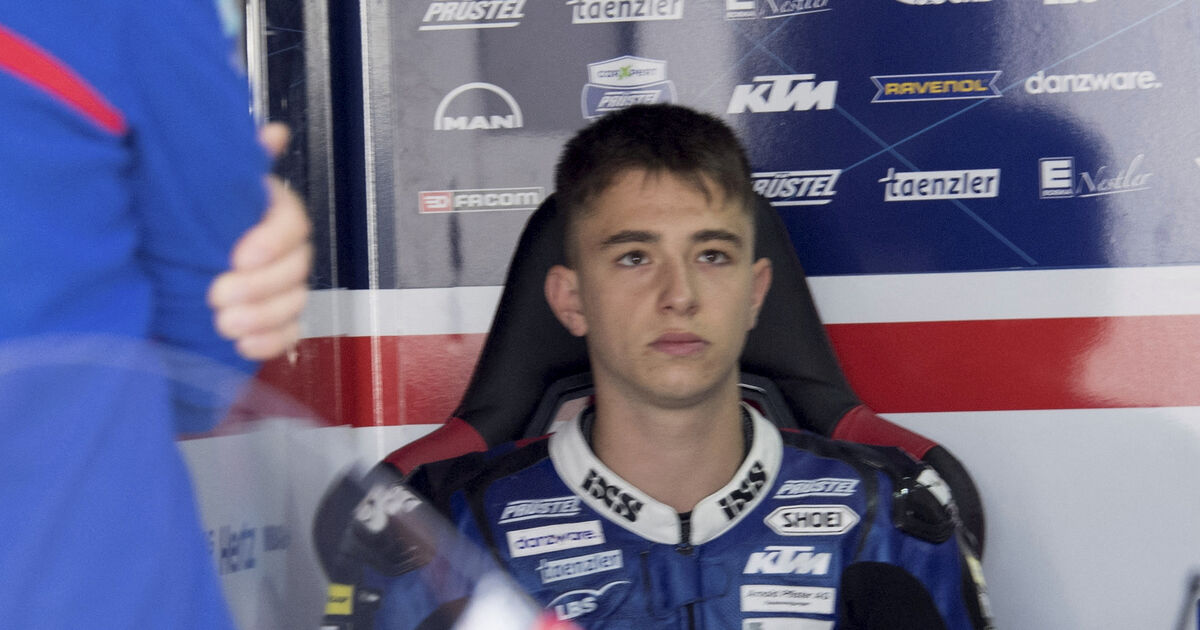 Swiss Moto3 rider Jason Dupasquier, who had an accident on Saturday in qualifying for the Italian Grand Prix, died at age 19 on Sunday, the promoter of the Motorcycle Sprint World Championship said in a statement. “Despite the efforts of the circuit’s medical team and all those who subsequently took care of the Swiss driver, the hospital [Careggi, à Florence, où il avait été transporté, ndlr] announced that Dupasquier unfortunately succumbed to his injuries ”, is it specified.

Dupasquier fell in the last moments of qualifying on Saturday. According to television footage showing only the end of his fall and statements from the other riders involved, Japanese Ayumu Sasaki and Spaniard Jeremy Alcoba, he was hit by at least one motorcycle, before sliding lifeless on the track. After forty minutes of intervention by rescuers, the 19-year-old Swiss was transferred by medical helicopter to the trauma center of the Careggi hospital.

His Moto3 team, Prüstel GP, and his compatriot Thomas Lüthi, who plays in Moto2, have decided not to start the GP in their respective categories this Sunday on the Mugello circuit where the races continue, and many riders display stickers in tribute to the young Swiss.

Son of motocross and supermoto rider Philippe Dupasquier, Jason, who wears number 50, made his World Cup debut in 2020, under the colors of the German team Prüstel GP. The last driver to die in the Grand Prix before him was the Spaniard Luis Salom at the 2016 Catalan GP, ​​in Moto2.