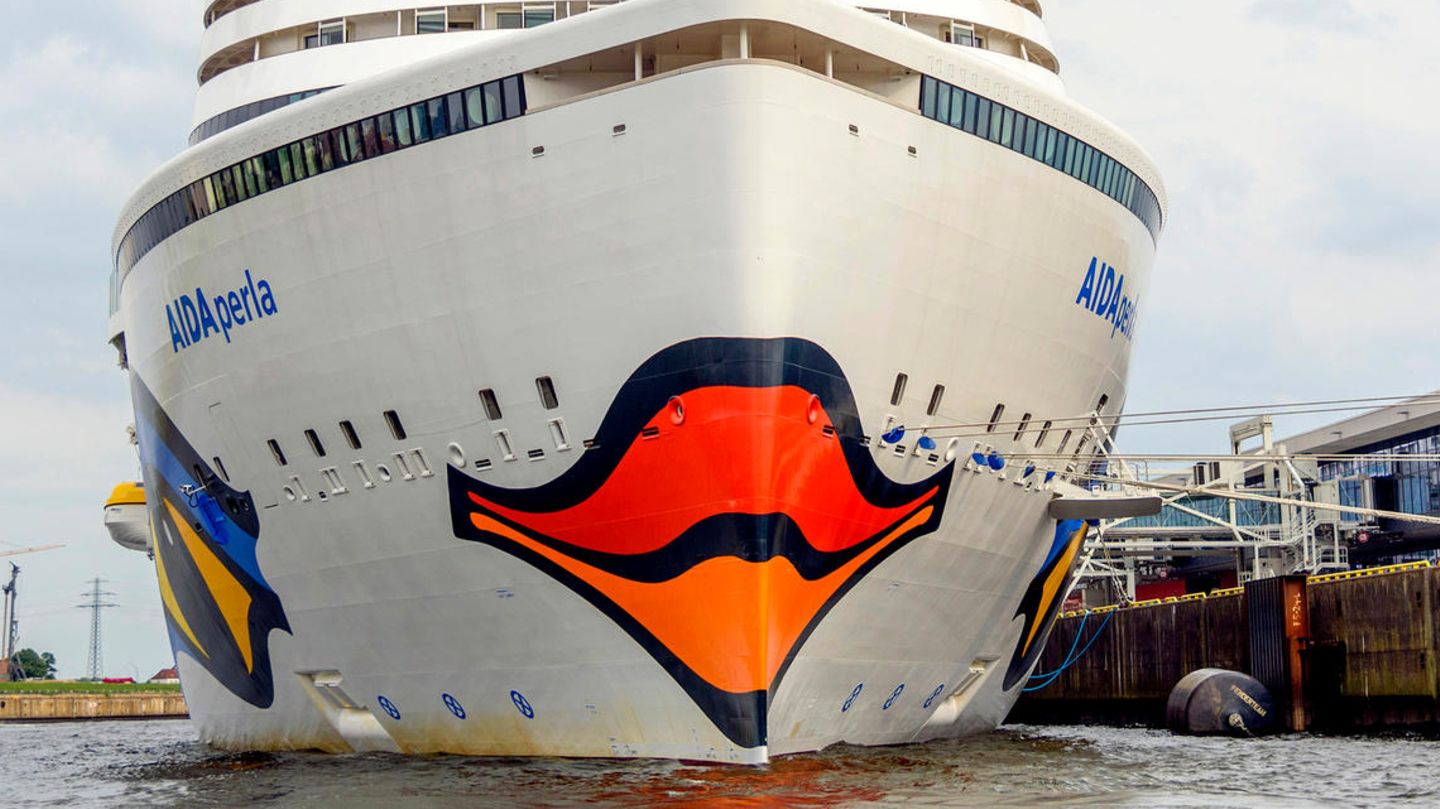 Warnemünde on June 7, 1996: Christiane Herzog, the wife of the then Federal President Roman Herzog, smashes the champagne bottle on the side of the ship. The First Lady christened the largest German passenger ship at the time with space for 1300 guests and 350 crew members in the Baltic Sea resort with the name “Aida”.

The new building of the Deutsche Seereederei (DSR) begins to revolutionize the cruise concept based on the model of the fun ships of US shipping companies. The hull with the colored painting designed by Feliks Büttner already signals that things will be a little different on board: bright red lips, the Egyptian-looking eye with eyeshadow and blue sea waves.

Behind the long privatized DSR, the former state shipping company of the GDR, is also the Hamburg investor Horst Rahe, who wants to transfer the concept of club holidays from land to water. The financial success does not initially materialize despite a large number of bookings at the beginning. The US shipping company Norwegian Cruise Line (NCL) became the temporary owner of the ship in the following year.

In 1999 the British P&O shipping company came on board, and Aida Cruises Ltd. was founded as a joint venture. founded. The British later slip under the umbrella of Carnival Corporation, the largest cruise company in the world, which also includes brands such as Cunard Line, Holland America and Seabourn Cruise Line.

The most important operational branch in Europe is Costa Crociere in Genoa. All Aida ships have been based in this port since 2004 – with the flag of Italy on the stern. On board, therefore, it is not German, but the labor law, environmental and tax conditions of Italy, including tax benefits, that apply.

Shortly after the daring maneuver of the captain of the “Costa Concordia” in January 2009, when the ship leaked off the island of Giglio, capsized and 32 people died, the German manager Michael Thamm took over the helm of the ailing shipping company.

The native of Dresden from the Deutsche Seereederei had previously made Aida Cruises big in Rostock when a new ship joined the fleet every year. Now he controls the Costa Group and Carnival Asia as CEO for Carnival in the USA.

On the following pages of the photo gallery you can see some of the ships and milestones of Aida Cruises. The company is considered the market leader in Germany and has also revolutionized the propulsion technology of cruise ships.

– On board the “Aida Prima”: The latest Aida is so great

– “Aida Nova”: This is what Aida’s new flagship looks like

– Fleet Operation Center in Hamburg: A visit to the cruise control staff