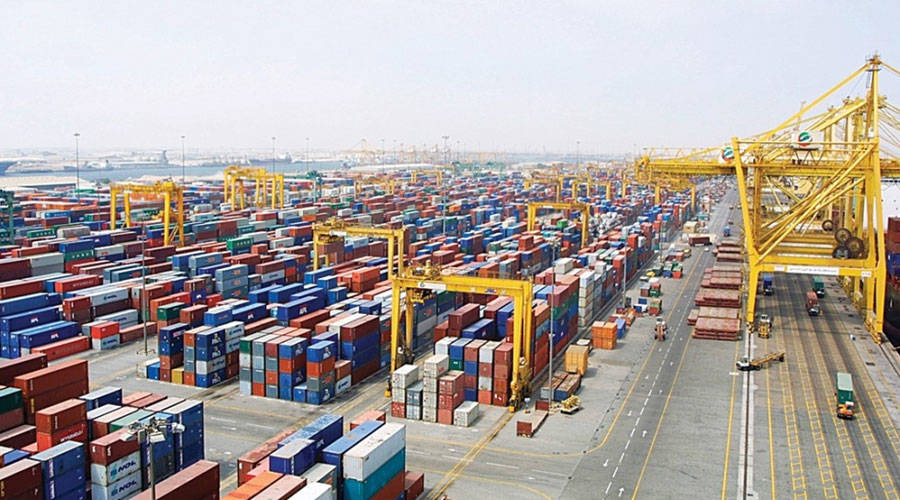 75% increase in the second quarter

Trade between the UAE and Bahrain has witnessed a significant recovery since the start of the pandemic, as non-oil bilateral trade between the two countries increased by 75% year-on-year in the second quarter of 2021.
The volume of trade between the UAE and Bahrain amounted to $672 million in the second quarter of this year, which represents about 40% of Bahrain’s trade with the Gulf Cooperation Council countries, according to the latest figures issued by the Information and e-Government Authority in the Kingdom of Bahrain.
Trade with Saudi Arabia ranked first, with the total value of exports and imports between the two kingdoms reaching $781 million during the second quarter, and trade between Bahrain and Oman reaching $141 million, followed by trade with Kuwait, which reached $99 million in the second quarter of 2021.
The data showed that trade between the countries of the Gulf Cooperation Council and Bahrain amounted to a total of $1.69 billion in the second quarter of 2021, registering an increase of 38%, compared to the same quarter of last year, and international trade stumbled in the second quarter of 2020, due to the closure of borders and dramatically disrupt supply chains.
The volume of trade between Bahrain and the Gulf Cooperation Council countries for the first half of 2021 amounted to about $3.45 billion, compared to $2.88 billion in the first half of 2020.
Ali Al-Mudaifa, Executive Director of the Economic Development Board, said: “We are very pleased to see non-oil trade between the UAE and Bahrain rebound strongly, as these data give a clear indication of our readiness for growth and our endeavor to respond effectively to the economic challenges posed by the pandemic.”
Al-Mudaifa added: “Bahrain’s strong recovery at this time of the pandemic demonstrates the continued integrity of our strong supply chains, and demonstrates our position as a major logistics hub in the Gulf region, as companies here benefit from a competitive business environment, best-value operating costs in the region and one of the The most skilled workforce, and the Kingdom offers the option of 100% foreign ownership in most business sectors.”
Some of the largest exports to the UAE, except for iron ore and aluminum products, included cheese and biscuits made in huge multi-million dollar factories in Bahrain. Bahrain has rapidly emerged in the region as a leader in FMCG manufacturing, with global FMCG giants such as Arla, Mondelez, Kimberly Clark and Reckitt Benckiser choosing the kingdom as their regional manufacturing base and distribution hub.
The value of Bahrain’s global exports increased by more than 70% on an annual basis, reaching $1.12 billion by the end of the second quarter, and import values ​​decreased by about 8% to just over $1 billion.