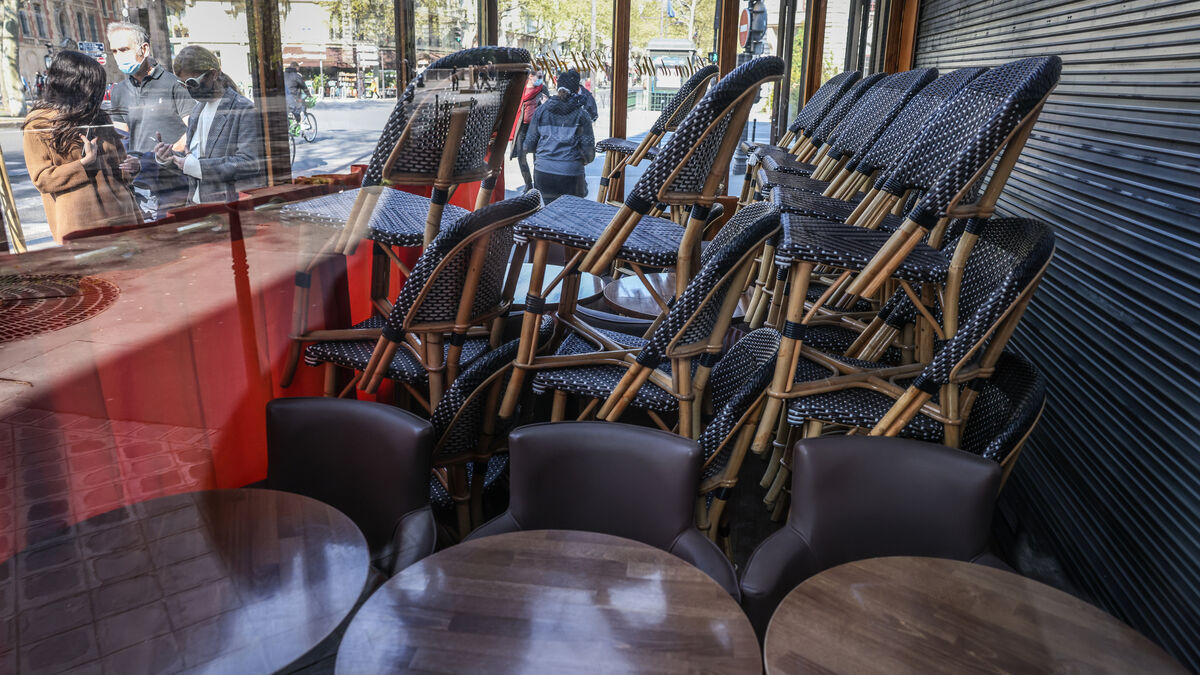 The announcement made the world of catering, hard hit by 15 months of health crisis. As we revealed this Thursday, Axa puts on the table 300 million euros for 15,000 business leaders holding a professional multi-risk insurance contract which contained a guarantee for operating losses following an administrative closure.

Some 1,500 restaurateurs had sued the insurer to be compensated, arguing that it was indeed covering a Covid-type pandemic, a majority winning in the first instance.

“There are good faith disagreements on both sides and the current legal confusion does not allow us to resolve them,” explained Patrick Cohen, new CEO of Axa France, to explain this change in policy. ‘insurer.

“It is neither more nor less than a surrender in open countryside followed by a request for an armistice, tackle Me Jean-Pierre Tertian, lawyer for several restaurateurs who have obtained convictions. The compensation offered by Axa is too low. 300 million euros, that’s 20,000 euros for each of the 15,000 restaurateurs concerned. However, none of my clients has an operating loss of less than 60,000 euros. “

“The decision is a sign of appeasement that we welcome with kindness”, analyzes for his part Me Guillaume Aksil, partner of the Lincoln Lawyer firm which manages 200 cases of restaurateurs against Axa with already 60 court decisions of which, he said. , 3 only in favor of Axa. He says he is ready to push his clients towards the transaction, but he fears that the sum is insufficient. “If Axa were to compensate all restaurateurs in accordance with the guarantees granted, the amount of their envelope would amount to more than 900 million euros”, supports Me Jean-Pierre Tertian.

Some will continue in the judicial process

The representatives of the profession are in unison. “Not at all sufficient”, according to Roland Héguy, president of the Trades Industry and the Hospitality Industries. “Absolutely ridiculous”, adds Didier Chenet, president of the National Group of Independents. “Marc Sanchez, from the union of independents and micro-enterprises, waits for more details but” it is not certain that the restaurateurs concerned do not have any interest (…) to take the defense of their interests to justice ” .

This is the case of Pascal Mousset, owners of four restaurants in Paris, two of which are insured with Axa. He won a first judicial round last week. “I will not be satisfied with 20,000 euros, because I estimate that my operating loss is between 80,000 and 100,000 euros on each of the two establishments,” he explains. Jean-Michel Alazard, restaurateur in the Alpilles who won his case on August 24 before the commercial court of Tarascon (Bouches-du-Rhône), also urges caution: “The insurer pays crumbs compared to what people have lost. If you sign, you take 20,000 euros, but you will have nothing more afterwards. “

“A check to 13,500 restaurateurs who had asked for nothing”

The most measured voice is to be found on the side of Stéphane Manigold, owner of four restaurants in Paris, who had yet initiated the sling against Axa. He salutes the courage of the insurer and of its new CEO, France. “When Patrick Cohen was appointed, I sent him a message on LinkedIn,” reveals the spokesperson for the Stay open collective. We had lunch together and he was sensitive to the situation of restaurateurs. He could have contented himself with compensating the 1,500 establishments in litigation while there, he will write a check to 13,500 business leaders who had asked for nothing. “

The amicable solution proposed by Axa should be open from June 21 until September 30 and will take the form of a fixed and final compensation. It will cover an amount equivalent to 15% of turnover during periods of confinement within the limits of the durations and amounts provided for in the contracts. “On average, this corresponds to 50% of the shortfall over the period,” said Patrick Cohen, who sees this measure as “a process of appeasement in this particular moment of the recovery”.

“I reach out to restaurateurs,” repeats the CEO of Axa France. It remains to be seen how many will grab it.