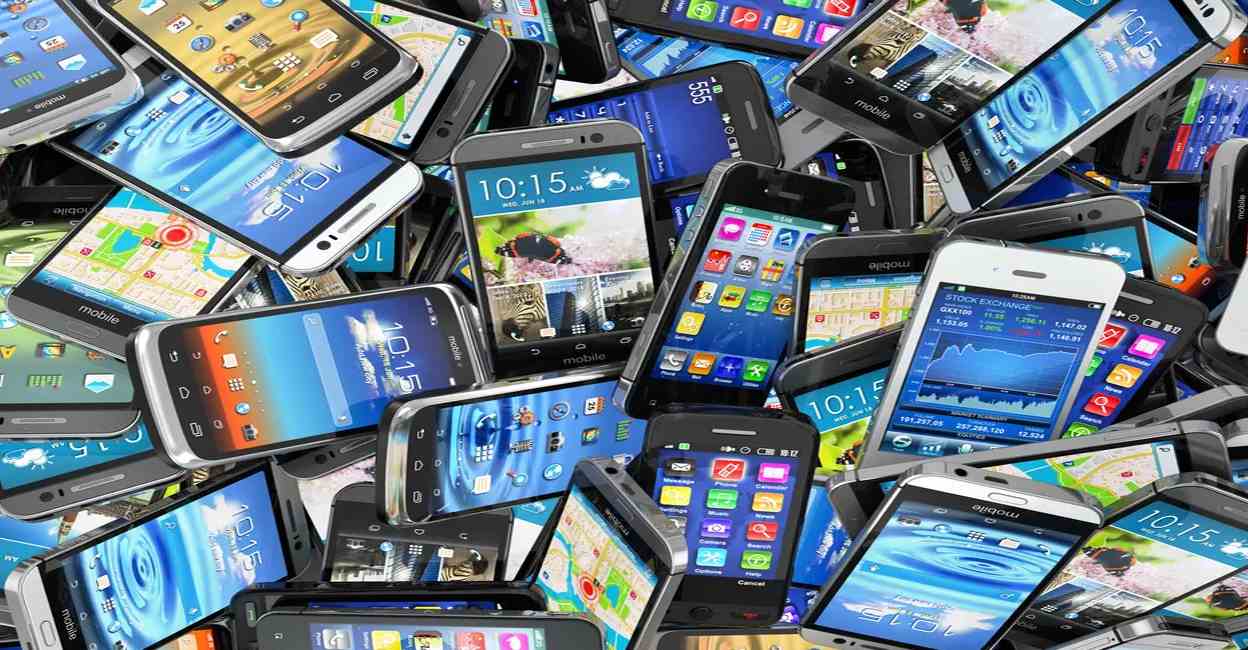 According to estimates, there are about 16 billion phones in use in the world. A third of these will go out of business this year. That is, about 530 crore phones. Assuming they have an average thickness of 9mm, the researchers say that if they were stacked on top of each other, they would be about 50,000 kilometers tall.

This distance is 120 times the distance between Earth and the International Space Station. The space station is located at an average altitude of 420 km above the Earth. The height of 50,000 km when the phones are stacked is one eighth of the distance to the moon! There is an important reason for releasing these figures now.

Smartphones and data processing centers will be the biggest environmental impact on Earth by 2040, according to a report by Popular Science. One thing that phone users should remember when they get rid of their beloved device is that as these pile up, they can soon have a severe impact on the Earth’s ecosystems. Getting a new phone is something that many people are excited about.

Researchers are trying to create awareness by showing the other side of this. A new phone with a slightly improved camera and processor, more storage capacity and an improved screen, which brings excitement to hand, seems to be lost when hearing information about the next model. Researchers warn that this practice is about to reach a point where it can have a severe impact on the environment.

∙ What is the real problem?

Only a small percentage of the 5.3 billion phones that are said to be going to end of life will not create any environmental impact. Environmentalists and researchers are concerned that they are the only ones that end up in these waste processing plants. New campaign programs have been started because a solution can be found only through the collective efforts of users and companies.

Companies like Apple, Samsung, and Google are striving to become carbon neutral. Also, phone owners should be aware that gold, silver, copper, and palladium can be extracted from unused phones when they end up in waste processing plants. Many people now keep their non-working phones at home or take them somewhere. Some will even try to burn it.

Pascal Leroy, director general of the Waste Electrical and Electronic Equipment (WEEES) Forum, said on Electronic Waste Day that owners should also be aware that unused phones and the like have value. The figures released in this context are the findings of the survey conducted from June to September 2022. It has also been endorsed by the UN Institute for Training and Research and the Sustainable Cycle (SCYCLE) programme.

It is estimated that 2.45 crore tonnes of waste will be generated by the combination of devices like cellphones, electric toothbrushes, toasters and cameras. Researchers remind us that this is four times the weight of the Great Pyramid of Giza.

When it comes to environmental protection, the Norwegian capital, Oslo, cannot be overlooked. According to Reuters, Oslo is in the process of becoming the world’s first broadcast-free capital city. Oslo aims to achieve this by 2023. At the same time, it may be 2030 to become a completely emission-free city, according to the report. As a part of this, buses that run on fuels including diesel will be stopped and electric buses (ebus) will be brought down in the city.

∙ Trying to speed up Metaverse

The Facebook (Meta) company is reportedly trying to speed up its Metaverse. AFP reports that Meta, which has come up with claims to change the Internet, is now contained. According to the report, the company is trying to increase its speed as part of solving the shortcomings of the company’s Metaverse concept. But there are reports that people may not take to the Metaverse concept as it is rushed and its future is uncertain.

The Verge reports that Meta CEO Mark Zuckerberg has said he won’t start monetizing Metaverse anytime soon. At the same time, there are those who ask if it was not his delusion that he could suddenly change the Internet. However, it should also be remembered that there were many serious allegations against Facebook at the time of Metaverse’s announcement.

Some analysts even say that Metaverse was announced to distract from the company’s fear of backlash against Frances Haugen, who has since left the company. Frances accused Zuckerberg of running a company that aims to make more profit than the safety of those who use Facebook and its apps.