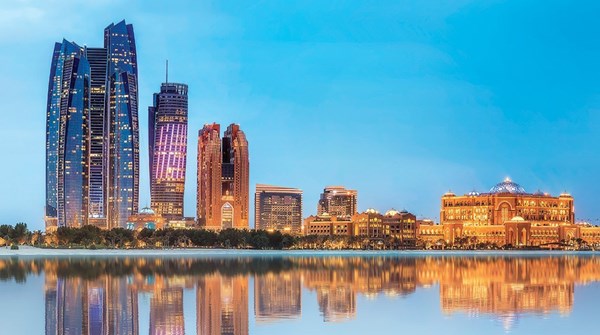 Officials confirmed that the new cabinet formation of the UAE government meets the requirements of the new phase of government work and development projects that the UAE intends to implement to enhance its global competitiveness in the coming years. They said, in exclusive statements to Al-Ittihad, that the new work methodology announced by our wise leadership will achieve many benefits and results, the most prominent of which are 6 benefits, including enhancing government flexibility and speeding up projects, development and improvement, which makes achieving public interest and public happiness its motto and goal.
The officials emphasized that these benefits and results also include the integration of roles, harmony of performance, enhanced innovation, and the ability to face changes and their challenges.
They pointed out that the new ministerial formation of the UAE government provides a modern government and a modern and effective administration to formulate and chart a promising future for the country and the people of the Emirates, stressing the constant keenness of the wise leadership to develop methods of work and performance in line with the surrounding changes, so that it is able to deal with these changes effectively and quickly. and efficient.

future government
Dr. Muhammad Salim Al Olama, Undersecretary of the Ministry of Health and Community Protection, Chairman of the Board of Directors of the Emirates Health Services Corporation, confirmed that the new methodology of federal government work for the new fifty years represents an inspiring development model for governments in the mechanism of developing government performance.
He described this methodology as a “global reference” to achieve the highest levels of quality performance in government work. It will enhance the prosperity of the country in a sustainable way.
He pointed out that the development of government work was and still is a central priority on the national agenda of the UAE government, and the country, thanks to the visions and directives of the wise leadership, has achieved advanced positions globally in many government indicators.
He said, “The launch of the new methodology comes as a step forward and a new approach in the process of government work and performance, and a guide for the country in its path aimed at strengthening the government work system and increasing its flexibility, efficiency and readiness to face future challenges.”
Al Olama explained that the Ministry of Health and Community Protection, as part of the government work system, is keen to invest in the new methodology and intensify its efforts to continue developing the health sector and move steadily towards new horizons of excellence by anticipating global changes affecting the health sector, and launching innovative projects to improve the quality of health care. Creating a happier and healthier future for future generations.

keep up with aspirations
Awad Saghir Al Ketbi, Director General of the Dubai Health Authority, said: “The new ministerial formation came based on new data and requirements to work together as joint working teams, which requires developing the method and mechanism of performance.”
He added: “The new work methodology is supportive of workers in the federal system and a positive addition that keeps pace with the needs and relies on it to make a difference in serving the country and the citizen alike in the future.”
Al-Ketbi stressed that the work of the teams will be more coordinated and more effective, after the teams become joint, which will achieve rapid decision-making and take the appropriate action to achieve the public interest.

Exceptional ability
Dr. Hussain Al Rand, Assistant Undersecretary of the Ministry of Health and Prevention for Public Health, stressed: “The future government of the UAE is a government that is flexible and emphasizes government development.”
He added: “Keep up with the changes and flexibility enjoyed by the state government, which was manifested in dealing with the health, economic and social repercussions of the spread of the emerging Corona Virus (Covid-19) pandemic, as the state presented the world as a role model in how to deal with changes.”
He pointed out that the new ministerial formation has many important meanings that are consistent with the development vision of the wise leadership and its great ambitions for the future of the United Arab Emirates and its position on the map of the region and the world.
Rand stated that the amendments that have been made to the methodology of the federal government’s work, give an exceptional and superior ability in dealing with all current or expected data in the future, stressing that the new government is advanced and quick to respond.

Integration message
Khalifa bin Al-Drai, Executive Director of the Dubai Corporation for Ambulance Services, confirmed that the new cabinet formation of the government confirms that the United Arab Emirates is a forerunner of change, and that when it developed the next fifty plans, it developed them integrated with its management tools.
He said: “The next stage of development has passed the stage of strategic planning at the level of ministries into integrated transformational plans. Determining priorities at the level of sectors will create consistency and parity between sectors.” He added: “The joint responsibility that the government attached to the ministerial work is a message to the world that the homeland is a shared responsibility, and that achievement is an achievement for all.”
Al-Dari pointed out that the development of flexible and short-term strategic courses that keep pace with global changes, indicates the awareness and agility of our rational government, which is manifested in proactiveness and readiness to face challenges.