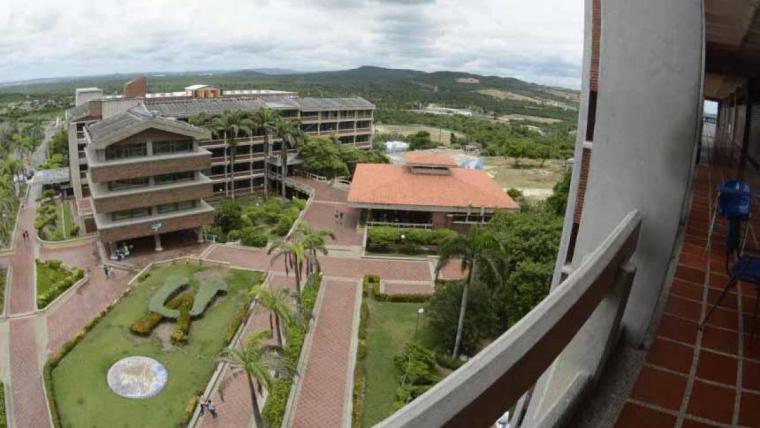 Despite the attacks historically suffered by the public university in our country, the Universidad del Atlántico has been an example of institutional survival, permanence and relevance, with its most expensive commitments being: youth, academia, research and extension, for the development of the judiciary in the region and the country.

65 years have passed since that November 28, 1955, when the Departmental Administrative Council of the Gobernación del Atlántico, issued Ordinance No. 11 creating the Faculty of Legal Sciences of the University of Atlántico, in response to the management of its rector of the time, Dr. Santiago Zúñiga.

That date would mark the beginning of an inexhaustible pool of professional training for excellent lawyers, under the direction of its first dean, Doctor Rodrigo Noguera Barreneche.

In the framework of the celebration of 65 years of the Faculty of Legal Sciences of the Universidad del Atlántico, led by its current dean Cristina Montalvo Velásquez, its most renowned graduates and teachers were exalted, who expressed some words in the central act of commemoration, maxims that will go down in history for their deep affective depth, they were:

Professor Ricardo Bernal Venegas, a graduate, former dean and professor at the Faculty of Law for 43 years, said that for him, “after the love of his mother, he has no doubt that the most beloved is the Universidad del Atlántico.”

For Renato De Silvestri Saade, “the most important thing about the Law School is to train excellent lawyers but above all better human beings”, he has been a teacher for 40 years, becoming also dean of the program.

Professor Mariela Vargas Prent has been linked to the Faculty of Law for 40 years, practicing teaching, she does not hesitate to affirm: “the greatest title I have received is that of” professor “, the most immense honor for a person” , so he expressed it in his words of thanks.

Rafael Osorio Peña, cataloged as “professor of professors”, has had a direct link with the classrooms of the Law School for 40 years, he considers that “knowledge is what makes the difference to face the challenges of life”.

Hugo Castilla de la Peña has 40 years of teaching at the Faculty of Legal Sciences, he points out that “the lawyer is the professional who must stand out for his ethical service to the community.”

These five titans educators of the Science of Law, coincide in affirming that the strength of the Faculty of Legal Sciences of the Universidad del Atlántico, consists in the integral and ethical training of its lawyers, graduates who have the highest level of occupation in the labor field, precisely because they are professionals characterized by their legal conceptual solidity.

Many are the lawyers graduated in the 65 years of the Faculty of Legal Sciences, who occupy positions in the administration of justice with luxury of competence. On behalf of all of them, the following were recognized: Luis Eduardo Cerra Jiménez, Magistrate of the Contentious Administrative Tribunal of the Atlantic and Jairo Saade Urueta, Magistrate of the Magdalena Judiciary Council.

This celebration full of nostalgia, led me to meditate in relation to the current situation in the country. There is no doubt that the judiciary has raised its face in the debacle in which we find ourselves. In the battered Colombian democracy, the Judicial Power, with its decisions, has always exercised the balance and brake between the executive and legislative powers. However, all sorts of attacks, a historical benefit debt and adverse working conditions loom around the Colombian administration of justice.

Faced with this, the academy and the study of law emerge in order to make the Social State of Law a material reality, so that the mere formality of the norm is transferred, the lawyer being indispensable, whether operator or litigant, in any role is ideally necessary for there to be justice that society demands.

This is precisely the incalculable value of the 65 years of the Faculty of Legal Sciences of the Universidad del Atlántico, there have been 13 decades of training for lawyers, of which the award-winning professors have laudably invested more than 40 years of their lives, building the legal knowledge of legal professionals committed to the justice of the democratic system in which we live.

I remember when with a suitcase full of illusions I entered, through the portico of the emblematic headquarters of our alma mater on Carrera 43, it was my first day of classes, it was the year 1983. In my training as a lawyer I was fortunate to have had the privilege of drinking from the sources of knowledge of the 5 professors deservedly awarded in this celebration, doctors: Bernal, De Silvestri, Vargas, Osorio and Castilla, true icons without a doubt of the teaching of Law in Colombia.

Yesterday like today, many young people like me with their backpack of dreams on their backs, go through the portal of the university corridor headquarters, yearning to find in the Faculty of Legal Sciences, the knowledge of law but above all eager to be molded by its distinguished teachers , to be better human beings, people and citizens committed to justice.

Congratulations to all who forged these first 65 years of law training at our beloved Universidad del Atlántico.