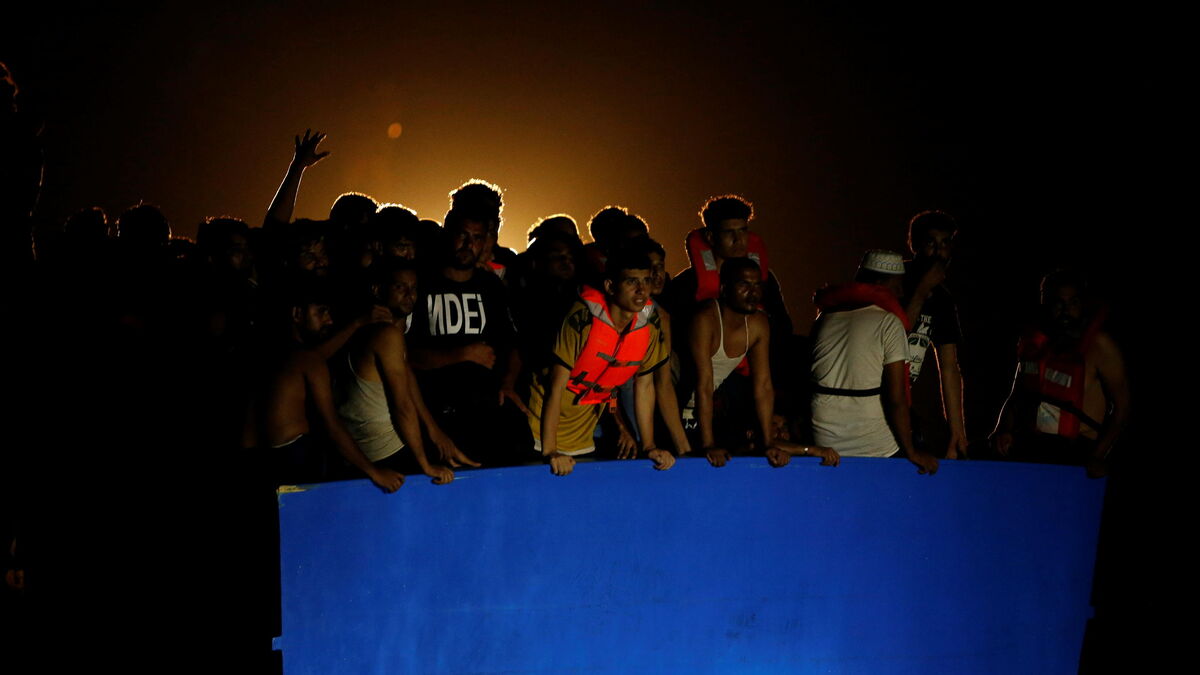 Six rescue operations and hundreds of migrants rescued. This is the result of the weekend in the Mediterranean where several migrants regularly try to reach Europe aboard rudimentary boats, ill-suited to long sea crossings. On Saturday, 196 people had already been saved, including two pregnant women, by the ‘Ocean Viking, the boat chartered by SOS Méditerranée. The operation turned out to be “perilous”, according to the NGO and took place until the early hours of the morning. This Sunday, the organization notably rescued a hundred people in an overloaded boat off the coast of Malta.

📌UPDATE
L’#OceanViking has just assisted 106 people from an overloaded wooden boat in distress in international waters off Malta.
The youngest survivor of this operation is only 3 months old.
The distress case was spotted by #SeaWatch3.
(1/2) pic.twitter.com/1u9rYvkYrM

The boat in distress had been spotted by the ship of the German NGO Sea-Watch. “The youngest survivor of this operation is only three months old,” said SOS Méditerranée.

This operation came just hours after the Ocean Viking as well as the boats of Sea-Watch and the German NGO ResQship came to the aid during the night from Saturday to Sunday to more than 400 people in distress in the central Mediterranean.

More than 1,000 deaths in the Mediterranean since January

The question which will now arise is that of the reception and distribution of these migrants within the various European countries. For the time being, the NGOs do not even know in which port they could be authorized to disembark.

The spokesperson for the United Nations High Commissioner for Refugees in France, Céline Schmitt, called on Europe at the beginning of July to “urgently” equip itself with an automatic, predictable and solidarity-based distribution mechanism for rescued migrants in order to To offer them the guarantees of a better reception and not to leave only the countries bordering the Mediterranean in the front line. According to her, it is “totally manageable” to welcome these migrants, of whom she estimates the number at around 50,000 per year.

Nevertheless, according to the International Organization for Migration (IOM), migrant departures, interceptions and arrivals in the central Mediterranean are on the increase this year and more than 1,000 people have died trying to reach Europe via the Mediterranean. during the first half of 2021. SOS Méditerranée, for its part, has helped more than 34,000 people since February 2016, first with the Aquarius, then with the Ocean Viking.