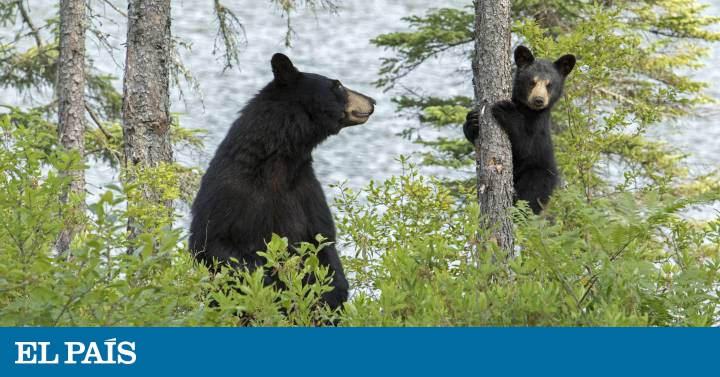 Stephanie Blais had drifted away from civilization for the holidays. Together with her husband and two children, a nine-year-old boy and a two-year-old girl, they were staying in a cabin they owned, located on the shore of Lake McKie, in an area of ​​difficult access in the north of the province of Saskatchewan (Canada), where there is no mobile coverage. Blais carried a satellite phone with him, but he couldn’t always connect to it. She had to get away from the house. On the 20th she went out with the device to talk to her father. It was the last thing she did.

Hubert Esquirol, Stephanie Blais’s father, told the CBC television network what happened. That day, at 5:40 p.m. (11:40 p.m. PST), he received a call from his daughter. One more call to tell the quiet life in the middle of nature, and incidentally comment that they had a problem with the water pump that supplied the cabin. The sound quality was not good, and the woman asked her son to go back to the cabin to find a better antenna to install on the phone. Meanwhile, father and daughter continued talking, but suddenly Esquirol stopped hearing the voice of his interlocutor. “I heard a strange noise, like a growl,” the man pointed out. “I tried to speak to my daughter, she called her by her name, but she no longer answered me,” he added.

A new call, a few minutes later, dramatically solved his doubts. It was from her son-in-law, Curtis Blais. I was calling him with dire news. “He told me he was in the kitchen [de la cabaña], about 30 meters from where Stephanie was. “She had been attacked by a bear. The husband sprayed the animal with pepper spray, but it only made it more aggressive. He went back to the cabin to get a rifle and shot it down.” Curtis was realized that Stephanie no longer had a pulse. He tried to resuscitate her by mouth to mouth, but her injuries were too serious, “he added.

The Canadian Mounted Police broke the news of the death of the woman, a 44-year-old teacher. Still alive, but seriously injured, one of the few residents of the area transported her in his seaplane to the town of Buffalo Narrows (1,100 inhabitants), 150 kilometers south of the scene of the attack. By the time the emergency services were able to attend to her, they found that she had already died.

See Also:  News from Germany: Drunk wants to run on the highway to Poland

The family drama has shocked much of Canada, especially when hearing the testimony of the father who overheard by phone, without knowing what it was about, the animal that killed his daughter.

The previous deadly attack by a bear in the province of Saskatchewan, a vast territory with a density of just 1.9 people per square kilometer, dates back to 1983, but Stephanie Blais was the second person in 2020 to die in Canada in these. circumstances. On July 20, Peter Franczak, a 67-year-old man, died from injuries inflicted by a black bear in Red Lake, Ontario.

Police announced that the coroner’s office will investigate the case and perform a necropsy on the animal’s body. The Saskatchewan Ministry of the Environment will also open a parallel investigation, as it is an attack by a wild animal.