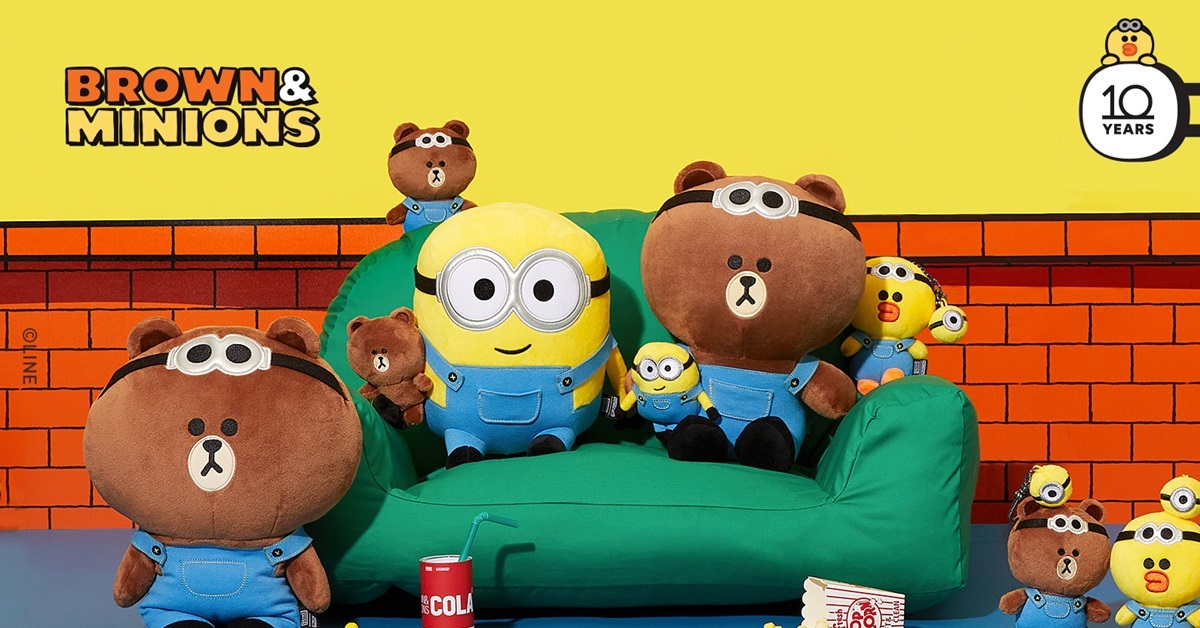 ※ Please note that this article was not written for advertising purposes.

Minions are characters that appeared in the feature-length 3D animation film ‘Superbad’, released in 2010, and quickly became popular due to their unique looks and witty personality, and became the mascot of the movie. In 2015, the animation ‘Minions’, which deals with the origins of minions, swept the box office in 44 countries around the world immediately after its release, creating a global syndrome.

In this collaboration, which not only targeted fans of Brown & Friends and Minions, but also the taste of fun-seeking MZ generation ‘funsumers’, Minions Kevin, Bob, and Stewart, who came to celebrate the 10th anniversary of Brown & Friends, have their own personalities. Surprisingly revealing a gift containing In particular, the reaction of fans on SNS is hot to Brown and Sally, who wore suspenders and goggles, which are Minions’ signature fashions.

To commemorate this special meeting, Line Friends released the ‘MINIONS X BROWN & FRIENDS’ collection, which adds the cute and friendly charms of Brown & Friends and the cheerful sensibility of Minions.

In addition to reversible cushions that can be transformed into brown and minions, this collection includes digital accessories, which are essential items for the MZ generation, such as AirPods cases and smart talk, camping equipment for emotional campers, golf items that snipe the taste of golins, and eco It includes fashion items such as bags, and is foretelling a sell-out crisis.

On the other hand, this ‘Minions X Brown & Friends’ collection will be sold at LINE Friends global official online and offline stores in the US, Japan and China at home and abroad, and will also be introduced on Naver Brand Day and live broadcasts on the day of launch. In the future, Line Friends plans to introduce digital contents such as Line Messenger stickers and Instagram face filters to provide another level of enjoyment.

A Line Friends official said, “Based on its unique creative capabilities, Line Friends, who have walked a path of IP business that is different from the existing character brands, will be able to shoot down the tastes of the MZ generation around the world with the Universal Brand Development and Illumination with which they have built a long-term relationship. We are pleased to present a collaboration,” he said. “The surprise meeting of two popular IPs with a unique background: Brown & Friends, which started as a digital-based messenger sticker, and Minions, which created a sensation as a global animated franchise character, is a new fun and joy for fans around the world. I hope it will be a special gift to convey the