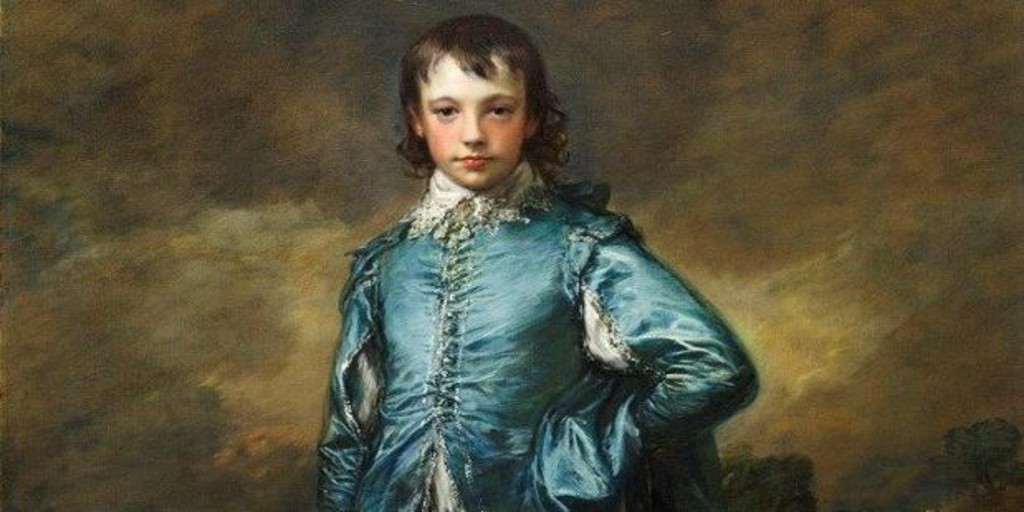 On January 25, 2022, ‘The Blue Boy’ (1770), by Thomas Gainsborough (1727-1788), will return to Trafalgar Square, exactly One hundred years later since it was last seen in Britain. On January 25, 1922, the National Gallery and the entire nation said goodbye to the painting. Bought the previous year by the railway entrepreneur Henry E. Huntington, ‘The Blue Boy’ was exhibited at the National Gallery as part of a farewell tour. During the three weeks it was on display at the Trafalgar Square museum, 90,000 visitors admired the painting before it left for California.

Before leaving, the then director of the National Gallery, Charles Holmes, wrote ‘goodbye’ en el reverso de la pintura, in the hope that the painting would return one day. Now that dream comes true, as the canvas is generously lent to the British Museum for a one-off free exhibition, which can be visited from January 25 to May 15, 2022.

The work, which has never been loaned and is unlikely to be loaned again, is now the property of the Huntington Museum, Library and Botanical Gardens in San Marino, California, where it has been on display for the past century. The popularity and influence of painting have made it an icon, cited by contemporary artists (Robert Rauschenberg was devoted to painting thanks to him) and mentioned in Hollywood movies. In 1919, the painting inspired Friedrich Wilhelm Murnau for his film debut with ‘Der Knabe in Blau’ (The Blue Boy). This box represents the best of 18th century British art and is Gainsborough’s answer to the legacy of Van Dyck and the great portrait. The show will not only bring together a British icon with the British public, but also with other paintings from the National Gallery. It will be free and will take place in Room 46 of the gallery. It will include a select group of paintings that demonstrate Van Dyck’s profound influence on Gainsborough’s practice and identity.

Gabriele Finaldi, director of the National Gallery in London, says that this loan ‘is truly exceptional and a unique opportunity for visitors to see Gainsborough at its most dazzling. Rich in historical resonances, it is a painting of great poise and elegance. It is without a doubt, a masterpiece of british art». Karen R. Lawrence, President of The Huntington comments: “This masterpiece has left an indelible imprint in both art history and popular culture, capturing the imagination of a wide range of audiences. Given its iconic status at The Huntington, it’s an unprecedented loan. “

It is Gainsborough’s most famous work. It is believed to be a portrait of Jonathan Buttall, the son of a wealthy merchant, although this has never been proven. Is considered a tribute to Anthony Van Dyck. It is very close to the portrait of Charles I as a child painted by the latter. Gainsborough probably discovered it in the Wilton Castle collections that he visited with his friend and patron Philip Thicknesse. The painting is made on a canvas large enough for a portrait, as it measures 177.8 by 112.1 centimeters. ​

The painting was in the possession of Jonathan Buttall, until he declared bankruptcy in 1796. It was bought by the politician John Nesbitt and then, in 1802, by the portrait painter John Hoppner. Around 1809 it entered the collection of the Earl of Grosvenor where it was preserved until one of its descendants, the second Duke of Westminster, sold it to the art dealer Joseph Duveen in 1921. The latter’s decision to sell it that same year to the businessman Henry Edwards Huntington, of the American Railway, sparked a public outcry in Britain. It was purchased for $ 640,000, a record price for a painting at the time.